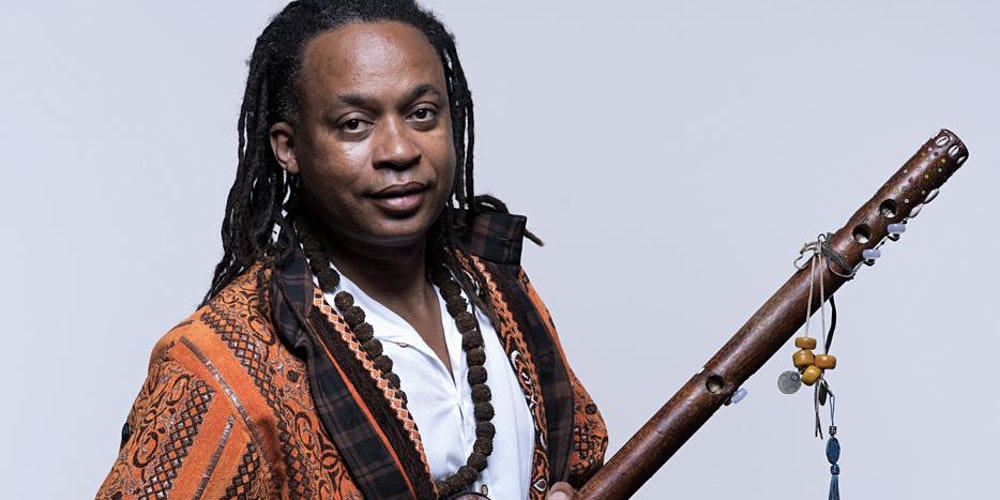 Saïd Tichiti, who is of Berber (Morroco) origin on his mother’s side and black African on his father’s side, founded Chalaban in 1999 in Budapest (Hungary). The diversity of the group’s sound is defined by the musician’s Afro-Arab roots, with their lively, exuberant Moroccan music enhanced by elements of Carpathian Basin, Roma and Balkan music. Said is originally from the city of Guelmim in the south of Morocco. After his baccalaureate, he moved to Rabat in 1991 to pursue his education at the Higher Institute of Dramatic Arts and Cultural Animation (ISADAC).
Being a melting pot of different nationalities, Chalaban aims to act as a vessel of the ancestral musical education he had been acquiring since childhood. “I don’t just play music and greet my audience before I disappear. I create a conversation with this audience; I talk to them about the origins of my music, my hometown. My performances are music with mini-conferences.”
Chalaban quickly became a reference group in a musical style categorized in Hungary as Arab and North African. “For our First concert in 1999, the director of the French Institute in Budapest at that time offered us to play the support of Rachid Taha’s show. After this concert we got invitations all over Hungary. A year later, we released our first album.”
Naturally, Chalaban have played their captivating musical mixture to great acclaim not just in Hungary but throughout Europe, Morocco and elsewhere. Their music also featured in the 2018 documentary film “Échos du Sahara”, which examines the 20-year career of the band’s leader. The film sees Said return from Budapest to the Sahara Desert, where he draws inspiration from the spiritual Hassani culture and presents a fruitful encounter of diverse musical traditions.