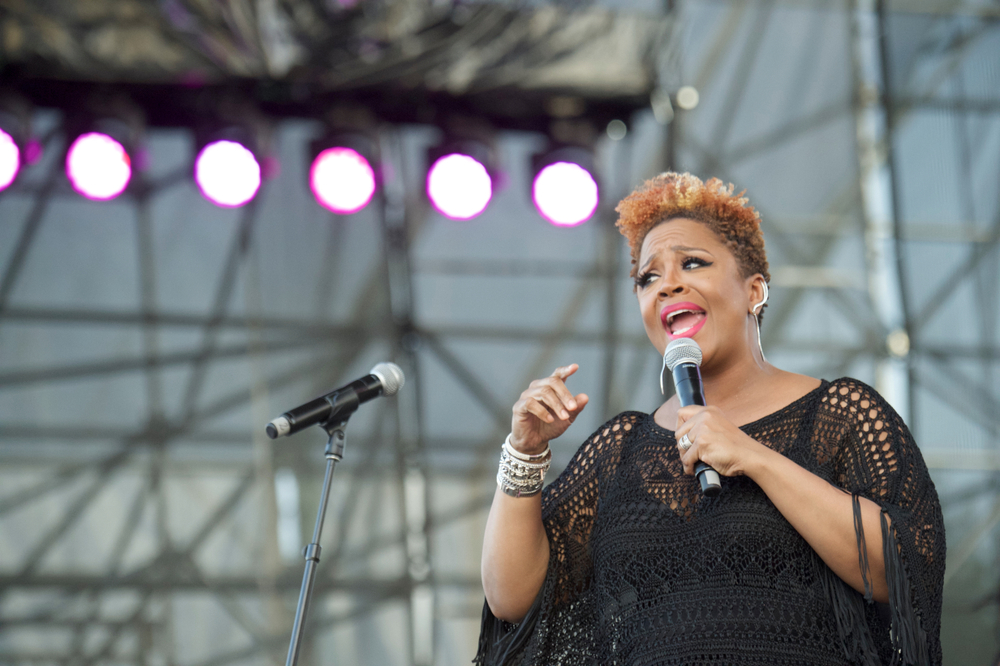 In a genre that is inundated with singers, AVERY*Sunshine has forged a career by staying true to her musical vision. Fluent in many languages from soul and house to jazz and hip-hop, she expresses herself with a voice that speaks boldly and tells a uniquely familiar story—a story about love and loss, healing and finding the newness of oneself in the midst of it all. Her repertoire features soulful, in-the-pocket R&B grooves, sublime ballads, exquisite arrangements with lush orchestration and exuberant, life-affirming gospel. The Atlanta-based singer/songwriter’s no-holds-barred signature sound has also garnered her acclaim from such pop luminaries as Patti LaBelle, Berry Gordy and Boy George. Career milestones include opening for Babyface at Madison Square Garden, performing for Smokey Robinson at his Rock and Roll Hall of Fame tribute and taking the stage twice with the Queen of Soul, Aretha Franklin. Sunshine is joined by her musical partner (and husband) Dana Johnson, a classically trained guitarist, gifted lyricist, producer and the man behind the tracks.