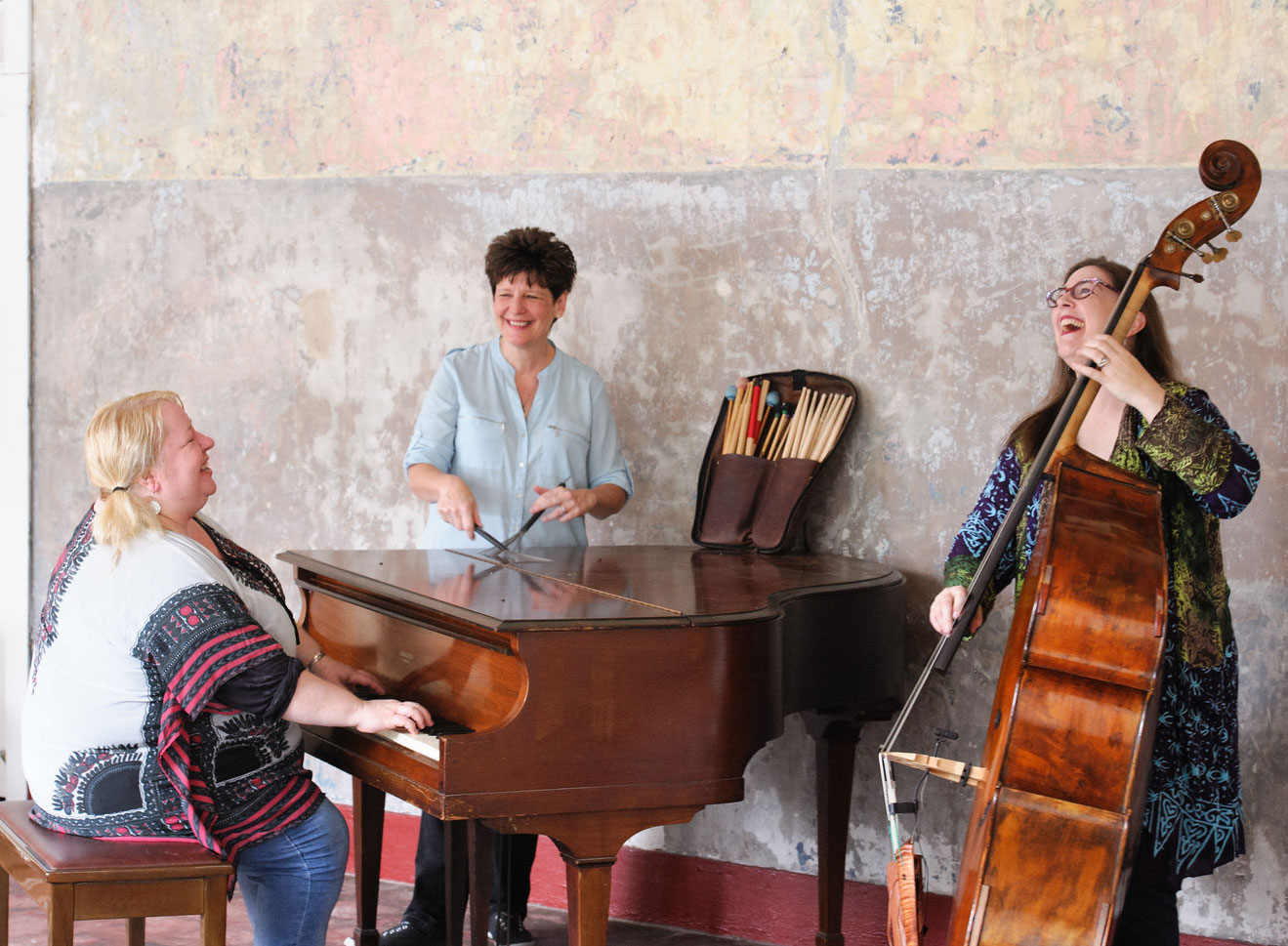 Sherrie Maricle, Amy Shook, and Jackie Warren met in May of 2014 at the Cleveland Playhouse while playing in the DIVA Jazz Orchestra as part of Maurice Hines’ award-winning show Tappin’ Thru Life. From their first shared downbeat, they became kindred swinging spirits and the resulting musical synergy was fast and fierce…or as the New York Times said…”Blistering hot!” The show received the 2016 Audelco Awards’ Musical Production of the Year.