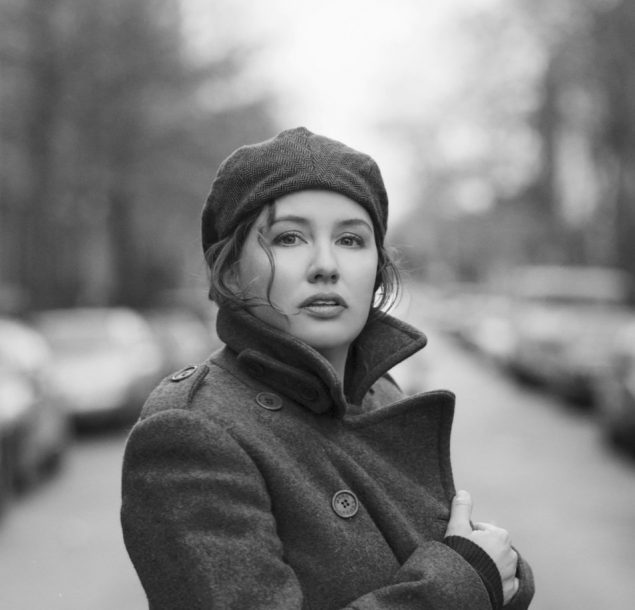 I can’t really peg a story for most of my songs,” says vocalist/guitarist Rebecca Martin about her new recording, People Behave Like Ballads (MaxJazz). “They’re really more about a sentiment or a feeling,”

Martin’s recording is an collection of urbane and literate pop songs that have a solid grounding in jazz much like Joni Mitchell’s mid-’70s classic Hejira. The title comes from a book by the renowned poet Robert Tristram Coffin. Martin, whose father is a poet, had seen Coffin’s book while perusing her father’s library. “It encapsulated an idea of mine about tempos on record-that a song does what it does; the tempo is not important,” she says. “Music doesn’t have to entertain people; it can have other effects like getting to an emotion or a sentiment.”

He recorded with Jelly Roll Morton, opened the Apollo Theater in 1934 (with Benny Carter) and played with Duke Ellington at the Cotton Club. On … END_OF_DOCUMENT_TOKEN_TO_BE_REPLACED
To access this content, you must purchase JazzTimes Membership.

Shouts of “Maceo!” by James Brown, both onstage and on albums, preceded solos by saxophonist Maceo Parker from the 1960s to the 1980s, giving him … END_OF_DOCUMENT_TOKEN_TO_BE_REPLACED
To access this content, you must purchase JazzTimes Membership.

When Azar Lawrence grabs you for a handshake, your fingers quickly know they’ve met their match. He may be past the mid-century mark, but the … END_OF_DOCUMENT_TOKEN_TO_BE_REPLACED
To access this content, you must purchase JazzTimes Membership.

Having an icon such as Nina Simone as a mother, a music career should almost be a no-brainer. Then again, some musicians try to dissuade … END_OF_DOCUMENT_TOKEN_TO_BE_REPLACED
To access this content, you must purchase JazzTimes Membership.