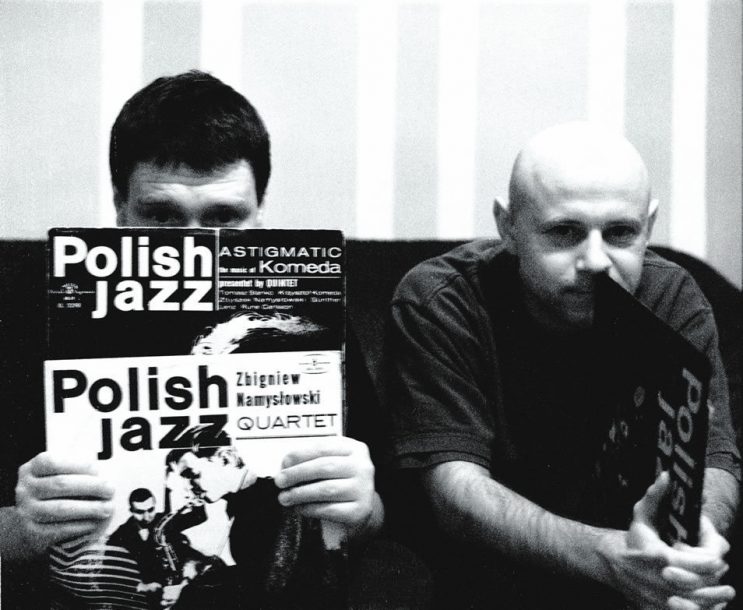 Skalpel is the name under which Wroclaw, Poland’s Marcin Cichy and Igor Pudlo make their sample-heavy jazztronica. The duo’s second CD, Konfusion (Ninja Tune), mines dusty grooves culled primarily from Polish jazz LPs made in the 1960s and ’70s to create a dark, moody downtempo soundtrack–using a 21st-century approach to reflect the time when Communism was king, oppression ruled and challenging creative music was being churned out in the Eastern European underground. Flippin’ the bird to totalitarianism has never sounded so groovy.

It’s tricky to ask DJs what their favorite albums are since it’s possible that the beats and riffs from those LPs have been sampled, cut up and reconfigured into a new tune–not necessarily with the original artist’s approval. So let’s just say for the record: No, Skalpel has never sampled any of these records it recommends and comments on below. Cichy and Pudlo have merely rooted through their enormous record collections to provide a guide for readers who are interested in exploring Poland’s rich jazz history. Ahem. Yes, well….

Krzysztof Komeda is considered the greatest Polish jazz composer, and he was also a very original pianist–he’s called the “poet of piano.” He is the creator of the original Polish jazz sound. He’s also known as the score composer for Rosemary’s Baby by Roman Polanski. Possibly the most fantastic recording ever from the greatest talent of Polish jazz!

Urbaniak is the only violin player who plays on a Miles Davis record (Tutu). Fusion is a record inspired by Miles, but it is jazz-rock made in the Polish way with Polish musicians, including Urszula Dudziak–an excellent experimental female vocalist.

The Novi Singers were a Polish jazz-vocal group with an incredible sound that was unlike any of their precursors. Their name is an abbreviation of New Original Vocal Instruments. Bossa Nova is a landmark record in the European jazz scene of the ’60s.

This is brilliant record by the best Polish jazz drummer. He plays on many Polish jazz records, including the aforementioned Fusion. His solo album confirms his talent in building complex and unique rhythm structures.

The finest and most popular Polish jazz-rock combo. Their music is full of nuances and interesting atmospherics created with Fender Rhodes and synthesizers, electric guitar and effects.

Stanko is the greatest interpreter of Komeda’s music. Throughout his 40 years of playing trumpet, he has developed a unique and recognizable style. This record proves that he is one of the best trumpeters in the world.

Classic record from the best Polish saxophone player. This record combines free jazz and folk tunes. His ability to combine jazz with folk was noticed by the London Times when he played in London in 1966. They described it as “strange and attractive.” Indeed!

This six-disc box set is a must-have for everyone who is interested in Polish jazz history.

Karolak is a Hammond and Fender Piano player. Like the artist said, this record is intended to be pop music played by jazz musicians. The result is an easy-listening record but not naive or kitsch.

Jan Wroblewski is still a well-known composer, conductor, arranger and sax player. This record is his best work of fusion music played by the Jazz Studio Orchestra of Polish Radio, which he conducted. This record is like the Polish jazz all-stars!

For more information on Polish jazz, and to purchase some of the recordings Skalpel cite above, visit the invaluable Web site polishjazz.com

He recorded with Jelly Roll Morton, opened the Apollo Theater in 1934 (with Benny Carter) and played with Duke Ellington at the Cotton Club. On … END_OF_DOCUMENT_TOKEN_TO_BE_REPLACED

Shouts of “Maceo!” by James Brown, both onstage and on albums, preceded solos by saxophonist Maceo Parker from the 1960s to the 1980s, giving him … END_OF_DOCUMENT_TOKEN_TO_BE_REPLACED

Having an icon such as Nina Simone as a mother, a music career should almost be a no-brainer. Then again, some musicians try to dissuade … END_OF_DOCUMENT_TOKEN_TO_BE_REPLACED

When Azar Lawrence grabs you for a handshake, your fingers quickly know they’ve met their match. He may be past the mid-century mark, but the … END_OF_DOCUMENT_TOKEN_TO_BE_REPLACED