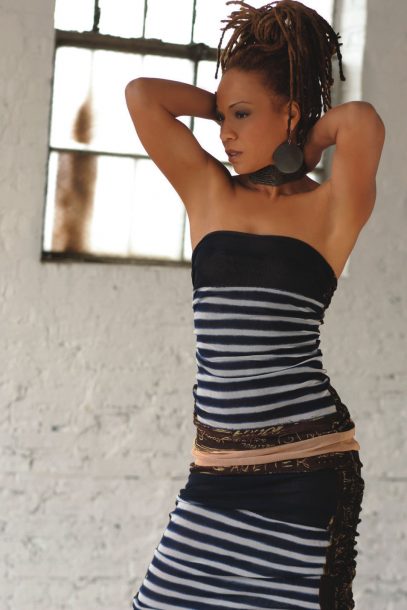 Having an icon such as Nina Simone as a mother, a music career should almost be a no-brainer. Then again, some musicians try to dissuade their children from the music business in hopes of protecting them from financial risks, the hard knocks of life on the road, going from venue to venue. Although her parents, Simone and father Andrew Stroud, didn’t really encourage Lisa Celeste Stroud, who now goes under the stage name Simone, to embark upon a career in music, the 45-year-old singer and actress says she hardly considered it. “Music and singing were so natural to me growing up; it was like reading for me. So having a music career wasn’t anything that I gave conscious thought to,” claims Simone.

That, in part, explains the rather late arrival of Simone’s luxurious self-released debut, Simone on Simone, on which she interprets 14 songs written by and/or associated with the “High Priestess of Soul.” If you’re not familiar with Simone, don’t chalk up the album as a fickle pet project on which she rides the coattail of her mother’s legacy. Although Simone sounds nothing like her mother, she has formidable vocal chops, much of which were honed from years of performance in Broadway shows such as Jonathan Larson’s Rent, Tim Rice and Elton John’s Aida and, most recently, Claude-Michel Schönberg’s Les Misérables.

Simone possesses a supple, lustrous voice that’s more conventionally comely than her mother’s poignant, almost androgynous alto. That said, Simone does share her mother’s gift for interpretation. “She told a story in anything that she was singing,” Simone says of her mother. The lyrics became more than words that were coming out of a record player. I think that’s one of the things that I inherited from her.”

Produced by Bob Belden, the disc culls some of Simone’s favorite songs by her mother, such as “Feel Good,” “Black Is the Color of My True Love’s Hair” and “Gal From Joe’s.” Given the depth and breadth of Nina’s repertoire, Simone says that selecting material for the album wasn’t that complicated. In addition to pulling songs from her favorite Nina Simone albums, she brought a lot of original sheet music that her mother gave her.

Simone’s journey to becoming an artist was a circuitous one. She had early aspirations of becoming an international lawyer, having majored in English. Bored with her college town, she enlisted in the United States Air Force in 1982, as a means of escape. “The first day that I was awakened with screaming and hollering, mattresses turning over, and having to be down at attention in three minutes, fully clothed, I was wondering what in the heck I had done,” Simone chides. Nevertheless, she stayed in the Air Force for 10 years, becoming a staff sergeant, while focusing on civil engineering.

Around 1989, Simone began singing at various bars while stationed in Germany. Her performance was so impressive that she got calls to sing background for other artists and eventually to do her own stage work. Suddenly it hit her. “One day, I said to myself, for once, I feel a fire in my belly. I feel a stirring within my soul that I haven’t felt before.” The moment of truth arrived in 1991 when she killed it at a performance at a Switzerland ski resort; Simone finally recognized her destiny.

After her stint in the military, Simone sang background for Latin superstar Raphael for two years, before moving to Los Angeles in 1994 in her search for fame. The next year, she was asked to audition for Jesus Christ, Superstar for its national tour, an opportunity that she almost passed over. Great thing she didn’t; it ignited her heralded run on Broadway: She performed in 1996’s national run of Rent, in which played Mimi Marquez, and that in turn led to her taking the lead role in Aida in 2001. With Aida, she won the National Broadway Theater Award for Best Actress in a Musical.

Simone was still touring with Aida when she received news of her mother’s death on April 21, 2003. “I had inklings that she was going to pass,” she recalls, explaining that the day before that she couldn’t stop crying. “I got a call on April 21 telling me that my mother had anywhere between 24 to 48 hours to live and that she couldn’t talk-all that she could do was listen. I was in a limo and I talked to her.” Later that day, Simone went onstage for another performance of Aida before receiving the grave news. “The rest is a blur. I think I started sleepwalking for about two-and-a-half years.”

Taking only a week off after her mother’s death, Simone immersed herself in the role of Aida. “What was tedious and a chore at times became an escape,” she says. “I lived that role like I had never lived it before. There’s a scene in there that’s almost prophesizing, with the lines, ‘It’s knowing what they want of me that scares me/It’s knowing having followed that I must lead/It’s knowing that each person there compares me to those of my past, whom I now succeed.’ I didn’t need any more motivation to get into that scene, because I was living it.

“I stopped grieving by God’s grace almost a year ago,” Simone says. “Singing these tunes [on the disc] is easy for me now.” She then refers to her rendering of “Feeling Good,” a song that she originally didn’t want to sing. “Yet toward the end, when I say ‘Freedom is mine/And I know how I feel,’ you can hear that something else took over, because I started to tell my story.”

When asked to nail down one favorite among her mother’s songs, Simone jokes, “Even you can’t do that!” with a robust laugh. “I have a lot of favorites,” she enthuses, before citing a Sandy Denny composition from her mother’s 1969 album Black Gold: the ironically titled “Who Knows Where the Time Goes?”

When Azar Lawrence grabs you for a handshake, your fingers quickly know they’ve met their match. He may be past the mid-century mark, but the … END_OF_DOCUMENT_TOKEN_TO_BE_REPLACED

Shouts of “Maceo!” by James Brown, both onstage and on albums, preceded solos by saxophonist Maceo Parker from the 1960s to the 1980s, giving him … END_OF_DOCUMENT_TOKEN_TO_BE_REPLACED

He recorded with Jelly Roll Morton, opened the Apollo Theater in 1934 (with Benny Carter) and played with Duke Ellington at the Cotton Club. On … END_OF_DOCUMENT_TOKEN_TO_BE_REPLACED 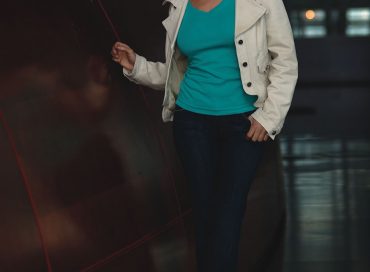 Singer Roberta Gambarini tackles standards with a blend of virtuosity and fluid grace on Easy to Love (Groovin’ High/Kindred Rhythm). For those who have followed … END_OF_DOCUMENT_TOKEN_TO_BE_REPLACED