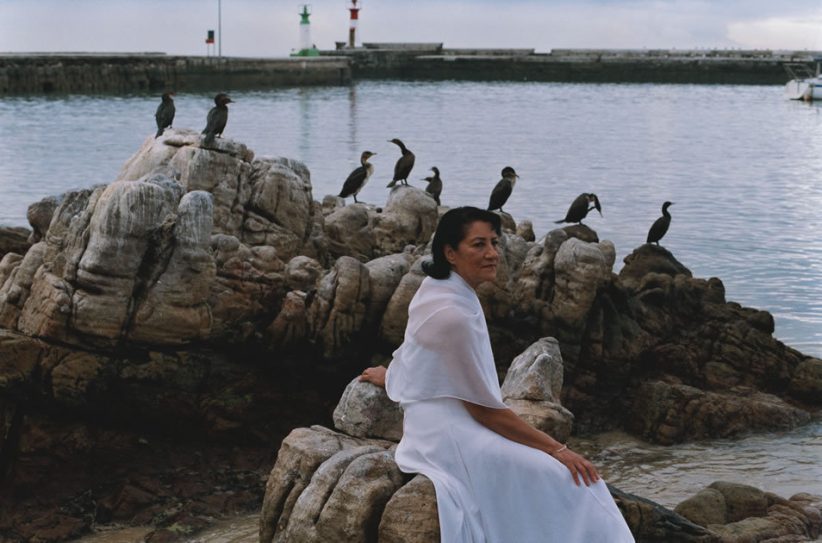 Sathima Bea Benjamin ought to share company with the likes of Sarah Vaughan, Billie Holiday, Dinah Washington, Ella Fitzgerald and Betty Carter. Duke Ellington gave her the ultimate compliment when he tried to hire her when she was just 25 years old. Now, at the wise-old age of 69, Benjamin can give any of the new jack jazz divas a clinic.

So how come most people including serious jazz fans, have never heard of Sathima Bea Benjamin? Why is it that Diana Krall can get a Rolex endorsement and Jane Monheit can be compared with Ella Fitzgerald yet Benjamin can’t get a club date in New York?

Along with the legend of Buddy Bolden, the invisibility of Sathima Bea Benjamin will go down in jazz history as one of the great mysteries of this music. Benjamin, the mother of indie hip-hopper Jean Grae, stands among the greatest musical storytellers to ever hold a mic. She delivers lyrics with such emotion and patient phrasing that she will keep you hanging on to every word, and those words will linger for days, even weeks. And she exudes a kind of romantic innocence, not the kind of romance produced by pain, loss, and experience, but the “first love” variety, the dreaming love we associate with the young. She doesn’t sing the blues; she renders every love song like a first kiss.

Benjamin can create emotional truth and innocence in part because she doesn’t rely on vocal acrobatics or melisma–just pure, crystalline sound. And like Abbey Lincoln and Cassandra Wilson, she has her own unique tone. She has been performing and recording for the past four decades, always to enthusiastic reviews. In fact, she has been “rediscovered” at least three or four times in her career, and each rediscovery generates a flurry of excitement until some gigantic commercial label finds a new, young, sexy thing who can give the people what market researchers say they want.

Perhaps the forthcoming U.S. release of her CD Musical Echoes (Ekapa) might change all that–though Benjamin is not holding her breath. Recorded in Cape Town, the land of her birth, it boasts a brilliant international rhythm section consisting of American pianist Stephen Scott and two South Africans, bassist Basil Moses and drummer Lulu Gontsana. The result is a true synthesis of both worlds–and one of Benjamin’s most brilliant records to date.

Benjamin’s invisibility has much to do with the fact that she is a South African working in a jazz world that favors Americans. She was born Beatrice (“Beattie”) Benjamin in Johannesburg, October 17, 1936, her father, Edward Benjamin, a native of the island of St. Helena off the coast of West Africa. Her mother, Evelyn Henry, had roots in Mauritius (an island off the East African coast) as well as the Philippines. Benjamin’s parents had been living in Cape Town, but job opportunities compelled Edward to relocate to Johannesburg just months before Beattie’s birth. Her parents divorced soon thereafter, and after a few years living with her father and his new wife, Beattie and her sister Joan moved in with their paternal grandmother in Cape Town.

“I grew up listening to phonograph records and radio,” Benjamin says from her New York City home. “And my grandmother used to hum some of the old popular songs from operettas and Tin Pan Alley. But it was through the radio that I discovered Nat King Cole, Billie Holiday, Ella Fitzgerald and others. I kept a pad nearby so I could write down the lyrics.”

She first performed in public in talent contests held during intermission at the local cinema. She continued to develop as a singer, singing in the school choir and even taking a few voice lessons to learn opera. At age 16 she graduated from high school and completed teacher training, but the lure of the music was too much. “I was teaching by day but performing in nightclubs and community dances at night,” she says. “Once the principal discovered I was moonlighting, she issued an ultimatum: either stop singing or quit teaching. I chose music.”

So in 1957, at the age of 21, Benjamin went on the road with Arthur Klugman’s traveling show, Colored Jazz and Variety. While the show gave Sathima experience, the entire production was a commercial failure. She returned to Cape Town around 1959, at a moment when the jazz scene flourished but the vice grip of apartheid tightened. There she met and fell in love with the young, innovative pianist/composer Dollar Brand (Abdullah Ibrahim). They began working together and in that same year, 1959, recorded what would have been the first jazz LP in South Africa’s history. Titled My Songs for You, with accompaniment by Ibrahim, Joe Colussi on bass and Donald Staegemann on drums, the recording of mostly standards was never released.

Benjamin and Abdullah’s life together in South Africa was cut short by tragic events in Sharpeville on March 21, 1960, when police killed 69 Africans peacefully protesting against the pass laws. Whatever vestiges of democracy that existed in South Africa were swiftly eliminated.

In the aftermath of the Sharpeville Massacre, Benjamin and Ibrahim decided to join the growing South African exile community in Europe. The couple settled in Zurich, Switzerland, and worked throughout Germany and Scandinavia. And it was in Zurich, in February 1963, that the couple met Duke Ellington. Benjamin buttonholed Ellington after one of his concerts and begged him to come to the Club Africana to hear her husband’s trio. Ellington obliged and liked what he heard, but he also insisted that Benjamin sing for him. He adored her voice and promptly arranged for the couple to fly to Paris and record separate albums on the Reprise label. (Ellington was then an A&R man for Reprise.) Ibrahim’s record, Duke Ellington Presents the Dollar Brand Trio, was released the following year and subsequently helped him build a following in Europe and the U.S. Benjamin’s recording, unfortunately, languished in the vault because Reprise executives did not think she was “commercial” enough. It was eventually released under the title A Morning in Paris, but not until 1996.

Throughout the 1960s Benjamin and Ibrahim moved back and forth between Europe and New York City, where they struggled to make it in the jazz world. For Benjamin, who had yet to release a recording of her own, gigs were few and far between. She and Ibrahim returned to South Africa in 1976, and it was there that she recorded African Songbird, her first album to be released. The LP, made up entirely of Benjamin’s original compositions, not only exposed her talent as a composer but it revealed an abiding interest in politics. A few months later, that interest became a full-blown engagement after the children of Soweto rose up to protest the state’s decision to teach math and social studies in Afrikaans instead of English. Once again, the police retaliated: at least 575 Africans were killed and 2,389 wounded. This was enough to convince Benjamin and Ibrahim to return to New York City and become politically active on behalf of the African National Congress.

Upon her return, Benjamin took greater control of her career. In 1979, she launched her own record label, Ekapa, and in the course of the next two decades she released seven LPs: Sathima Sings Ellington; Dedications; Memories and Dreams; Windsong, Lovelight; Southern Touch; and Cape Town Love. Each of these recordings received rave reviews, and Dedications was nominated for a Grammy in 1982. (Celeste recently reissued the album, with two bonus tracks, in Japan.) These recordings reveal the full range of her talent as a singer, songwriter and bandleader, mixing standards, old Tin Pan Alley songs and original compositions. Original pieces such as “Music,” “Lady Day,” “Dreams,” “Gift of Love” and the “Liberation Suite” were poems set to gorgeous, uncluttered melodies. She also transformed standards by incorporating “Cape Town rhythms,” the distinctive shuffle beat common in the popular dance music of her native land.

Her latest release, Musical Echoes, proves that Benjamin has lost nothing over the past four decades. Just listen to her voice float effortlessly over Cape Town rhythms on “Falling in Love With Love,” or her funky rendering of Ellington and Juan Tizol’s “Caravan,” in which she holds fast to the song even as she changes its melody. Benjamin romances us with measured renderings of “Someone to Watch Over Me,” and “They Say Its Wonderful,” sometimes turning a single syllable into its own miniature melody.

As with all of her recordings, Musical Echoes is full of stories, mostly of romantic love. The one exception here, of course, is the title track. Her deeply personal musings speak to a different sort of love–the love of music and its healing qualities. Despite decades of disappointment, missed and lost opportunities, it is this music, this “jazz-tinged style,” that sustains Benjamin: “My musical echoes / Heal my broken heart,” she croons on the title track to Musical Echoes. Benjamin sings not about pain and suffering but about perseverance. It speaks to why she continues, never compromising her own musical vision, refusing to either remake herself into an “American” jazz singer or into what the world imagines to be authentically “African.” She is who she is, Sathima Bea Benjamin, South Africa’s greatest jazz singer and one of the best the world has ever known.

Musical Echoes will be available in April. For more info, go to sathimabeabenjamin.com

He recorded with Jelly Roll Morton, opened the Apollo Theater in 1934 (with Benny Carter) and played with Duke Ellington at the Cotton Club. On … END_OF_DOCUMENT_TOKEN_TO_BE_REPLACED

Shouts of “Maceo!” by James Brown, both onstage and on albums, preceded solos by saxophonist Maceo Parker from the 1960s to the 1980s, giving him … END_OF_DOCUMENT_TOKEN_TO_BE_REPLACED

Having an icon such as Nina Simone as a mother, a music career should almost be a no-brainer. Then again, some musicians try to dissuade … END_OF_DOCUMENT_TOKEN_TO_BE_REPLACED

When Azar Lawrence grabs you for a handshake, your fingers quickly know they’ve met their match. He may be past the mid-century mark, but the … END_OF_DOCUMENT_TOKEN_TO_BE_REPLACED