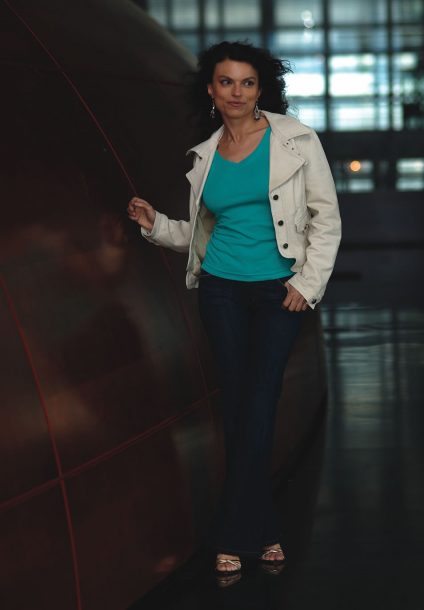 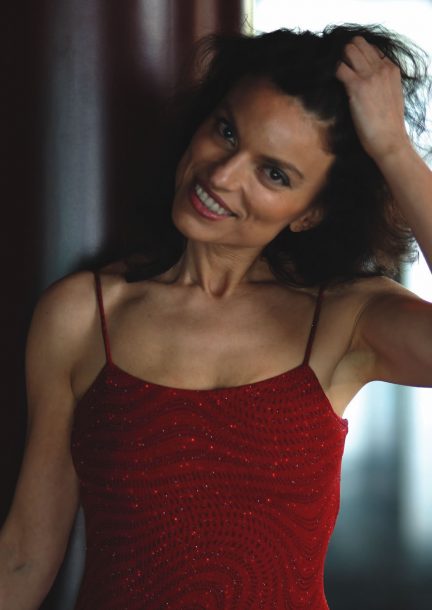 Singer Roberta Gambarini tackles standards with a blend of virtuosity and fluid grace on Easy to Love (Groovin’ High/Kindred Rhythm). For those who have followed and admired the Italian-born, New York City-based vocalist, the question is: What took so long for her to record an album?

“I’ve wanted to do certain things, and not others,” she says at the Bern Jazz Festival where she was appearing with James Moody’s band. “It’s a luxury to be able to do exactly what you want nowadays. You have to pay a price for it, I guess. It took a long time to find the right way to put it out, and the right moment.”

The delay was partly due to her insistence on making the Easy to Love purely jazz, without pop leanings, and not a concept album, which is so common in today’s jazz record industry.

The album was recorded in 2004 and released in Japan in late 2005, where it won Swing Journal’s best jazz-vocal CD award. No wonder: Gambarini shows luminous maturity in handling such standards as the title track, a medley of Porgy and Bess tunes and the Thelonious Monk homage “Monk’s Prayer/Looking Back.” She also flexes impressive scatting chops on “The Sunny Side of the Street” (a vocalese treatment of solos by Sonny Stitt, Sonny Rollins and Dizzy Gillespie) and “Centerpiece” (with Moody making a cameo).

Scatting, Gambarini says, is “a natural disposition. It’s like the color of your hair. Either you like it or you don’t. If it doesn’t come natural, why do it? Some of the great singers in history never scatted. But if it does come naturally, it’s a sheer pleasure. It takes a lot of work, because you have to study the fundamentals of music and know how to play an instrument, too.”

A piano player who also studied composition, Gambarini is obviously well-grounded in music. She says that as a two-year-old in Torino, Italy, she started soaking up the sounds of her parents’ record collection-especially Louis Armstrong and Ella Fitzgerald. Launching her professional music career at 17, Gambarini made a strong impression on the Italian scene.

Realizing she needed to move to America to take her career to the next level, she arrived in New York City in 1998 with $300 to her name. But soon after Gambarini won a scholarship to the New England Conservatory and then third place in the Thelonious Monk International Jazz Vocal Competition.

Gambarini’s journey continues onward and upward. She will be featured on a Telarc album by the Dizzy Gillespie All-Star Big Band, slated for a fall release, and has already recorded her own follow-up album, with eminent pianist Hank Jones. Working with Jones, she says, has been “a life-changing point. He’s humble, but when he plays, magically, it’s like there is a sound that depends on the touch that is only his. When he lays his hands on the piano, my ears immediately recognize that as being him. You feel immediately drawn to listen to what he does.”

Among her future aspirations, Gambarini says she wants “to have more time to dedicate to the piano and to writing, which I used to do a lot of when I was in Italy. The [sense of] displacement in this new country was traumatic in the beginning, and all the touring and entering the rat race. When things calm down a little bit, I intend to go back to writing and arranging.”

When Azar Lawrence grabs you for a handshake, your fingers quickly know they’ve met their match. He may be past the mid-century mark, but the … END_OF_DOCUMENT_TOKEN_TO_BE_REPLACED

Having an icon such as Nina Simone as a mother, a music career should almost be a no-brainer. Then again, some musicians try to dissuade … END_OF_DOCUMENT_TOKEN_TO_BE_REPLACED

He recorded with Jelly Roll Morton, opened the Apollo Theater in 1934 (with Benny Carter) and played with Duke Ellington at the Cotton Club. On … END_OF_DOCUMENT_TOKEN_TO_BE_REPLACED

Shouts of “Maceo!” by James Brown, both onstage and on albums, preceded solos by saxophonist Maceo Parker from the 1960s to the 1980s, giving him … END_OF_DOCUMENT_TOKEN_TO_BE_REPLACED