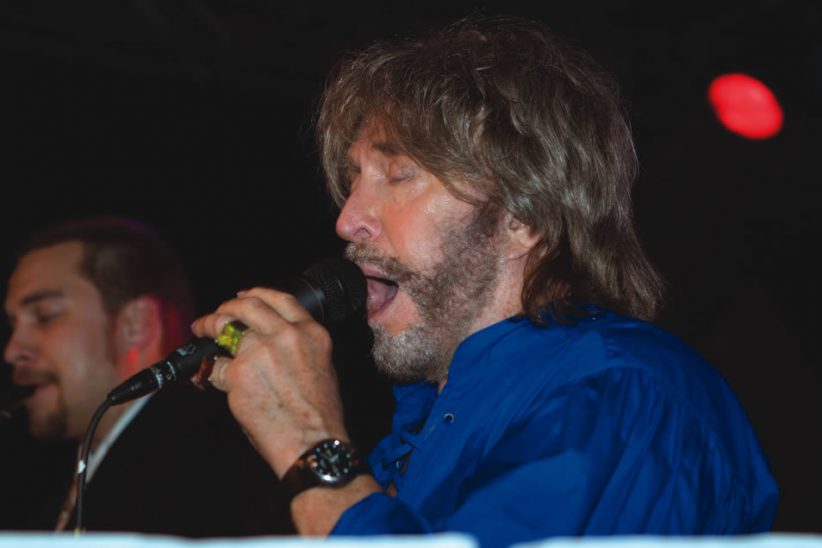 Dressed entirely in black, jazz’s eternal hipster Mark Murphy slumps into a thick upholstered chair in the green room of the North Beach club Jazz at Pearl’s, San Francisco’s leading spot for the music. He looks exhausted, and his back is aching after his second 90-minute set has ended well after midnight, but when he talks about his new Verve album, Once to Every Heart, Murphy’s face gleams like the huge rectangular tourmaline ring he wears on his right pinkie. In a career that has waxed and waned with an almost tidal regularity over the past half century, the 73-year-old vocalist has delivered a breathtaking valedictory statement. Working with the cool-toned German trumpeter Till Bronner, Murphy interprets a dozen ballads with such world-weary wisdom and soul that it’s like taking a guided tour through the treacherous shoals of the human heart. “I love to tell stories,” Murphy says. “Warning people of the pitfalls. They will happen, baby, but you will survive.”

Survival has been a hallmark of Murphy’s career. Just when it’s looked like he’s been put out to pasture by the perennially bleak prospects for male jazz singers, he emerges with a new project that demands attention. San Francisco is where it all started for the Syracuse, N.Y., native, when he landed his first major gig opening for Anita O’Day in 1954. He made his recording debut for Milt Gabler on Decca a couple years later, but his utterly original style only emerged in the early 1960s on his two classic albums for Riverside, Rah and That’s How I Love the Blues!

When Azar Lawrence grabs you for a handshake, your fingers quickly know they’ve met their match. He may be past the mid-century mark, but the … END_OF_DOCUMENT_TOKEN_TO_BE_REPLACED
To access this content, you must purchase JazzTimes Membership.

Shouts of “Maceo!” by James Brown, both onstage and on albums, preceded solos by saxophonist Maceo Parker from the 1960s to the 1980s, giving him … END_OF_DOCUMENT_TOKEN_TO_BE_REPLACED
To access this content, you must purchase JazzTimes Membership.

Having an icon such as Nina Simone as a mother, a music career should almost be a no-brainer. Then again, some musicians try to dissuade … END_OF_DOCUMENT_TOKEN_TO_BE_REPLACED
To access this content, you must purchase JazzTimes Membership.

He recorded with Jelly Roll Morton, opened the Apollo Theater in 1934 (with Benny Carter) and played with Duke Ellington at the Cotton Club. On … END_OF_DOCUMENT_TOKEN_TO_BE_REPLACED
To access this content, you must purchase JazzTimes Membership.