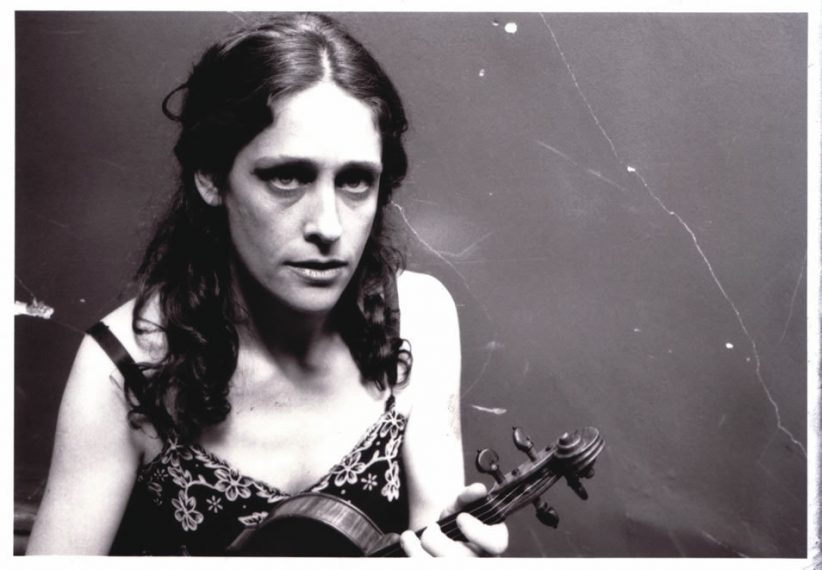 For the past 15 years Jenny Scheinman has been at the center of jazz’s string renaissance, first in the San Francisco Bay Area and since 1999 in New York City. Both as a bandleader who has recorded a series of increasingly confident albums featuring original material, including two brilliant sessions for John Zorn’s Tzadik label, and as a collaborator with artists such as pianist Myra Melford, Brazilian singer-songwriter Vinicius Cantuaria, drummer Scott Amendola and especially guitarist Bill Frisell, Scheinman has exemplified the string player as creative wild card.

“We have a spotty history,” Scheinman says. “We are orphans, bastard children, wild and unparented. We are the immigrants on the street trying figure out the system and find a way to get along.”

When Azar Lawrence grabs you for a handshake, your fingers quickly know they’ve met their match. He may be past the mid-century mark, but the veteran Los Angeles tenor saxophonist still has the sturdy look and powerful presence of a first-string linebacker. His playing is no less vigorous, but far more emotionally multifaceted, a gripping … END_OF_DOCUMENT_TOKEN_TO_BE_REPLACED
To access this content, you must purchase JazzTimes Membership.

Shouts of “Maceo!” by James Brown, both onstage and on albums, preceded solos by saxophonist Maceo Parker from the 1960s to the 1980s, giving him rare first-name fame. Parker’s fiery playing with the Godfather of Soul didn’t hurt his recognition either. From his baritone sax lines on the hits “I Feel Good” and “Out of … END_OF_DOCUMENT_TOKEN_TO_BE_REPLACED
To access this content, you must purchase JazzTimes Membership.

Having an icon such as Nina Simone as a mother, a music career should almost be a no-brainer. Then again, some musicians try to dissuade their children from the music business in hopes of protecting them from financial risks, the hard knocks of life on the road, going from venue to venue. Although her parents, … END_OF_DOCUMENT_TOKEN_TO_BE_REPLACED
To access this content, you must purchase JazzTimes Membership.

He recorded with Jelly Roll Morton, opened the Apollo Theater in 1934 (with Benny Carter) and played with Duke Ellington at the Cotton Club. On December 17, the eve of Lawrence Lucie’s 100th birthday, friends, fans and fellow musicians gathered at Musicians’ Local 802 in New York City to help the guitar legend celebrate. Lucie, … END_OF_DOCUMENT_TOKEN_TO_BE_REPLACED
To access this content, you must purchase JazzTimes Membership.