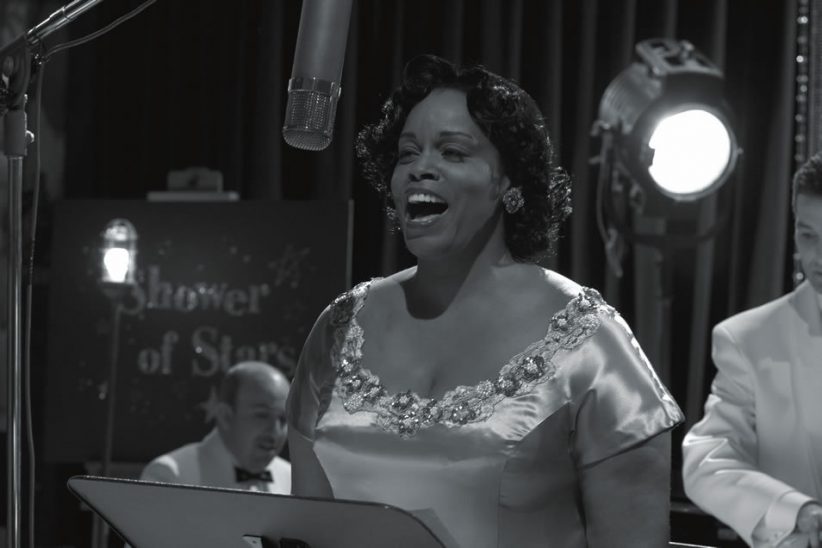 The first time Dianne Reeves made a small splash on the big screen was in 1991, playing a smoky jazz chanteuse in Guilty by Suspicion, an underappreciated dissection of the political witch hunt that swept through Hollywood in the late ’40s. Now, more than a dozen years later, Reeves gets her second chance in the movies. The role? A smoky jazz chanteuse in a film about the 1950s Communist witch hunt. (Sound familiar?)

The black-and-white flick, Good Night, And Good Luck, features a showdown between pioneering radio and TV journalist Edward R. Murrow (superbly portrayed by David Strathairn) and Senator Joseph McCarthy (seen only in archival footage). The movie is the brainchild of George Clooney, who dons four hats-as producer, director, screenwriter and costar (he plays Murrow’s longtime pal and CBS producer Fred Friendly). So determined to authentically capture the era that he had the prop department make up replica 1953 newspapers for each day of shooting, Clooney wanted every detail to be correct. Though Murrow’s TV series, See It Now (which ended each week with the famous signoff “good night, and good luck”), focused almost exclusively on investigative news stories, CBS’s Manhattan facilities also included a full-time, in-house orchestra and singer-and Clooney wanted a bona-fide vocalist for that role. A call went out to Reeves, who was preparing for a concert in Napa Valley. “I got out my little video cam,” she recalls with a laugh, “we did ‘How High the Moon,’ sent [Clooney] the tape and that’s how I ended up in the movie.”

When Azar Lawrence grabs you for a handshake, your fingers quickly know they’ve met their match. He may be past the mid-century mark, but the … END_OF_DOCUMENT_TOKEN_TO_BE_REPLACED
To access this content, you must purchase JazzTimes Membership.

Shouts of “Maceo!” by James Brown, both onstage and on albums, preceded solos by saxophonist Maceo Parker from the 1960s to the 1980s, giving him … END_OF_DOCUMENT_TOKEN_TO_BE_REPLACED
To access this content, you must purchase JazzTimes Membership.

Having an icon such as Nina Simone as a mother, a music career should almost be a no-brainer. Then again, some musicians try to dissuade … END_OF_DOCUMENT_TOKEN_TO_BE_REPLACED
To access this content, you must purchase JazzTimes Membership.

He recorded with Jelly Roll Morton, opened the Apollo Theater in 1934 (with Benny Carter) and played with Duke Ellington at the Cotton Club. On … END_OF_DOCUMENT_TOKEN_TO_BE_REPLACED
To access this content, you must purchase JazzTimes Membership.