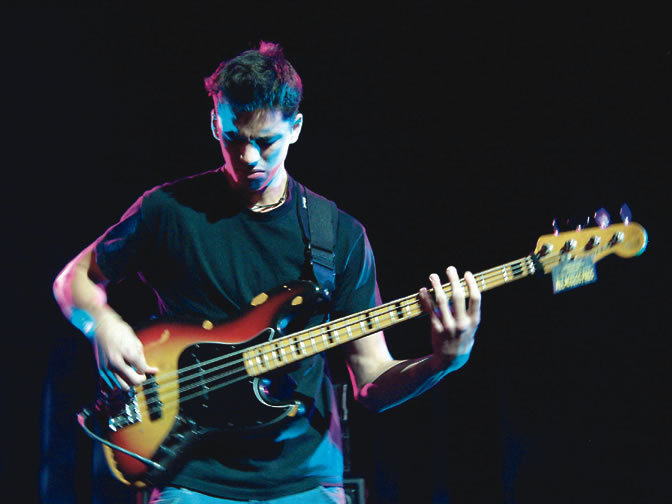 The Yellowjackets have announced that bassist Jimmy Haslip will take a year-long hiatus. The longstanding member and co-founder of the band will use the time to focus on his family as well as pursue other artistic challenges. Bassist Felix Pastorius, son of legendary bassist Jaco Pastorius, has been selected to fill in for Haslip.

“The primary reason for my hiatus is so that I can spend more quality time with my family,” says Haslip. “I spent 10 months on the road last year. The break will give me an opportunity to spend more time at home as well as work on other artistic endeavors, such as independently producing projects.” Haslip adds, “This was not a rash decision and there is no animosity by any means. Everybody is still friends and I’m excited for the band and their upcoming plans with Felix.”

Here is an interview with the bassist about his early musical development:

The interview was done during Gerald Veasley’s Bass Boot Camp and the Berks Jazz Fest in 2011.