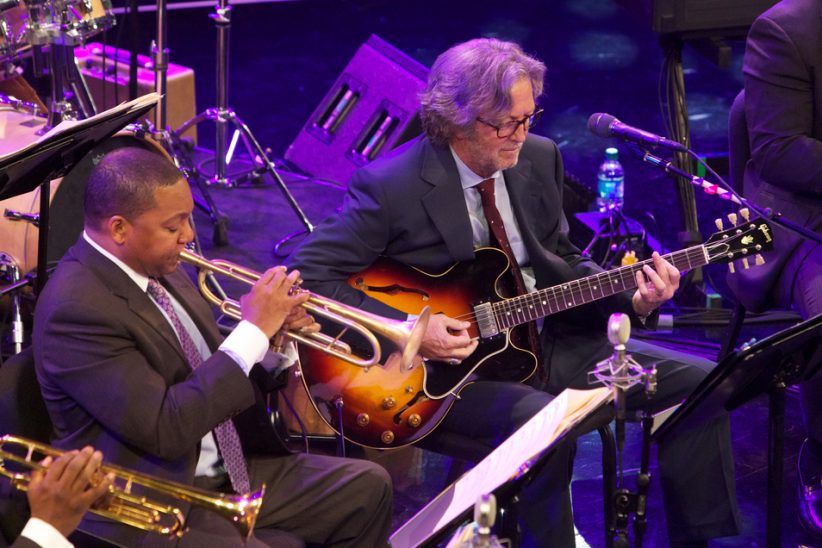 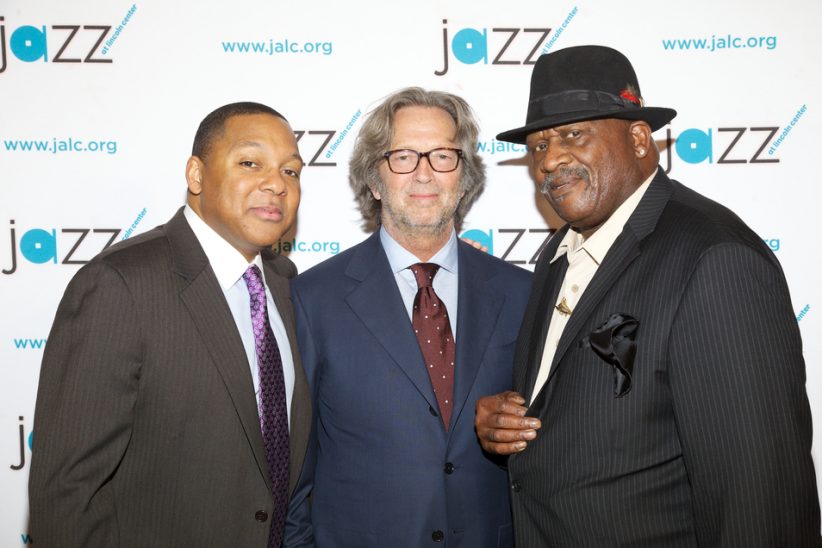 Wynton Marsalis and Eric Clapton Play the Blues, a film that documents the collaboration of the two superstars at Lincoln Center this April, will play for one night only in theaters. Recently released by Rhino Records on both CD and DVD, the concert will be broadcast to nearly 550 movie theaters nationwide on Wednesday, September 7, at 7:30 p.m. local time. The concert also includes a special appearance by blues musician Taj Mahal, who joins the duo for two songs, as well as exclusive behind-the-scenes rehearsal footage.

The performance, which took place at Jazz at Lincoln Center’s Rose Theater at Frederick P. Rose Hall in New York City, features a repertoire of songs selected by Clapton and arranged by Marsalis.

Tickets are available at participating theater box offices and online at Fathom Events. For a complete list of theater locations and prices, visit the same website.

Don Vappie, the New Orleans-based four-string banjo virtuoso, has been awarded the prestigious Steve Martin Banjo Prize. Vappie, who has performed with the Preservation Hall … END_OF_DOCUMENT_TOKEN_TO_BE_REPLACED

Jazz at Lincoln Center’s managing and artistic director, trumpeter Wynton Marsalis, turns 60 this year. This, per JALC, is the long-awaited catalyst for the New … END_OF_DOCUMENT_TOKEN_TO_BE_REPLACED