The Wolf Trap Foundation for the Performing Arts and the National Symphony Orchestra have commissioned a new work by the noted Cuban-American multi-instrumentalist and composer Paquito D’Rivera. Titled The Journey, the new piece is a concerto for cello, clarinet, erhu (a two-stringed bowed instrument from China), and orchestra. Its premiere, featuring the composer along with Yo-Yo Ma, Cathy Yang, and the National Symphony Orchestra, conducted by José Luis Gomez, will take place at Wolf Trap’s Filene Center in Vienna, Va. on September 8.

The theme of the concerto revolves around the impact of Chinese-Americans and African-Americans on the arts and culture of the Americas. “As a kid, my parents used to take us to a picturesque restaurant in Havana’s Chinatown called El Pacífico, on the top floor of a building where a few different Chinese cultural societies used to gather,” D’Rivera explains in a press release received at JazzTimes. “So I remember that while ascending in that tiny, cage-like elevator, mixed with the aroma of orchids, jasmine rice with black beans, and the laundry parlor downstairs, we could hear different groups of Chinese musicians rehearsing together, performing on traditional instruments. The nostalgic sound of the erhu always attracted my attention and forever stayed in my mind. Many years later, when I wrote this concerto, I took the opportunity to use—on the second and third movements—the mystical sounds of this Chinese string instrument to blend with jazz elements as well as with melodies, harmonies and rhythmic cells from Brazil and the Afro-Cuban traditions.” 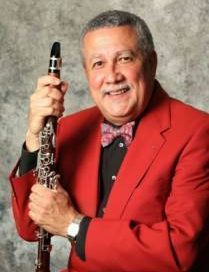