Born and raised in Baltimore, where he currently resides, Wolf released his debut self-titled album in the U.S. this month on mack Avenue FRecords. In addition, he has performed gigs with such veterans as Bobby Watson, Mulgrew Miller and Tim Warfield, and recent encounters with the Jazz at Lincoln Center Orchestra, the George Coleman-Joey DeFrancesco Quartet and a Music of the Modern Jazz Quartet project led by pianist Aaron Diehl, the 2011 American Pianists Association Cole Porter Fellowship winner. Most recently, Wolf has been touring with Christian McBride’s Inside Straight band. In addition to his role as a sideman, Wolf leads a strong working unit with Green, pianist Lawrence Fields, bassist Kris Funn and drummer John Lamkin.

In late July, Dizzy’s Club at Jazz at Lincoln Center will be hosting a series of concerts in honor of the 2020 and 2022 inductees … END_OF_DOCUMENT_TOKEN_TO_BE_REPLACED 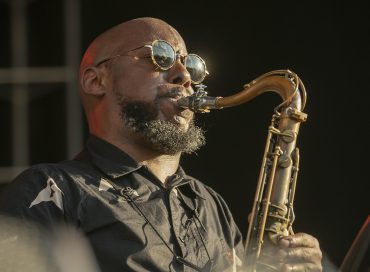 Having had considerable success with their New York-focused festival in April, the team of artists-turned-impresarios known as Live from Our Living Rooms is expanding beyond … END_OF_DOCUMENT_TOKEN_TO_BE_REPLACED