“Jazz for the Free World” is the theme at this year’s 24th Vision Festival, set to take place at the Roulette Intermedium in downtown Brooklyn on June 11-16.

Cyrille will open the festival on June 11. Born in Brooklyn to Haitian immigrant parents, the avant-garde drummer’s playing reflects the sounds, rhythms, and culture of Haiti. Past collaborations include performances with Milford Graves, Rashied Ali, Don Moye, and Kenny Clarke.

Kirili is being honored for forging connections between art and music. Kirili’s work has been featured in a series of performances starting in 1992, when he collaborated with saxophonist Steve Lacy. On June 13, festivalgoers can catch Kirili in conversation with William Parker.

On June 12, the festival will honor the late drummer Alvin Fielder, who became a pivotal figure in the Chicago avant-garde scene. Fielder worked with Sun Ra and was also a founding member of the Association for the Advancement of Creative Musicians.

As in years past, the Vision Festival offers a stage for emerging artists. Some musicians to watch include guitarist Ava Mendoza; drummer and bandleader Tomas Fujiwara; pianist Kris Davis and David Virelles; and tenor saxophonist James Brandon Lewis, among others. 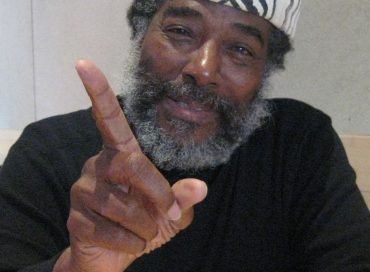