Skip to content
Become a member and get exclusive access to articles, live sessions and more!
Start Your Free Trial
Home > Blog > Vilcek Prize > Vilcek Foundation to Award $150,000 in Prizes to Immigrant Musicians

The Vilcek Foundation has announced that it will award three prizes to American immigrant musicians in 2023. Each recipient will be awarded $50,000 each. Not specific to any particular music genre, the award will be granted to “immigrant artists whose early-career work represents a significant contribution to their field or genre,” according to a press release received at JazzTimes. In addition to its annual awards for biomedical science, the foundation rotates its annual award for arts and humanities among different genres, with music being the focus for 2023.

To be eligible for a Vilcek Prize for Creative Promise in Music, candidates must have been born outside the United States to non-American parents, have lived in the United States for at least four years, and have at least five years of professional experience. With a few exceptions, applicants must have been born after January 1, 1984 (meaning under the age of 38 years old). Applications will be accepted through June 10, 2022, at 5 p.m. EDT. Full application details and eligibility requirements are available at the Vilcek Foundation’s website.

Established in 2000 by Jan and Marica Vilcek, immigrants from the Czech Republic, the foundation’s mission is “to honor immigrant contributions to the United States, and more broadly to foster appreciation of the arts and sciences.” The foundation has awarded over $6.4 million in prizes to foreign-born individuals and supported organizations with over $5.6 million in grants.

“Music has a power to transport the listener and to evoke poignant aspects of the human experience—from the universal to the sublime,” said Marica Vilcek, vice chairman and secretary of the Vilcek Foundation, in the press release. “With the Vilcek Prizes for Creative Promise in Music, we celebrate young immigrant musicians whose work transcends and resounds.” 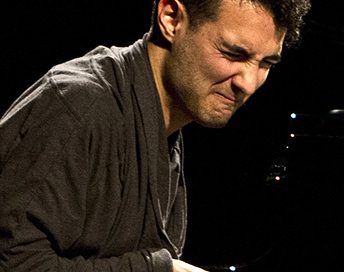