The Hermitage Artist Retreat and the Greenfield Foundation have announced that composer-pianist Vijay Iyer is the winner of the $30,000 Greenfield Prize, awarded this year in the field of music. Iyer will receive the award at a special celebration dinner on April 1 in Sarasota, Fla. Serving on the jury that selected Iyer were Linda Golding, past president of Boosey & Hawkes, Inc. music publishers and founder of the Reservoir; Jennifer Koh, solo violinist and prolific recitalist; and Limor Tomer, general manager of concerts and lectures at the Metropolitan Museum of Art, New York.

The Greenfield Prize was established in 2009 by longtime Sarasota residents Bob and Louise Greenfield, through the Philadelphia-based Greenfield Foundation. The Prize consists of a $30,000 commission of an original work of art, a residency at the Hermitage, and a partnership with a professional arts organization to develop the work plus assistance in moving the work forward into the American arts world. A distinguished six-person panel consisting of some of the most highly respected authorities in American art select each Greenfield Prize recipient. Three voting members on each jury are joined by a producing partner representative, Joni Greenfield of the Greenfield Foundation and Hermitage Executive Director Bruce E. Rodgers, who facilitates. Since its inception, past prizewinners include playwrights Craig Lucas and John Guare, composer Eve Beglarian and visual artist Sanford Biggers. 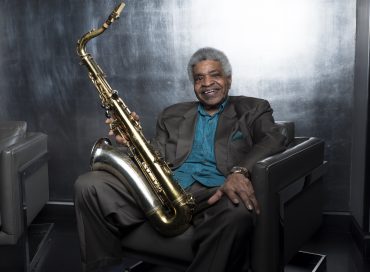 Smoke Jazz Club, the acclaimed New York City venue that was closed to indoor performances and dining for more than two years due to the … END_OF_DOCUMENT_TOKEN_TO_BE_REPLACED

Big Ears, the expansive music festival out of Knoxville, Tenn., will pay tribute to ECM Records, which celebrates its 50th anniversary this year. The storied … END_OF_DOCUMENT_TOKEN_TO_BE_REPLACED 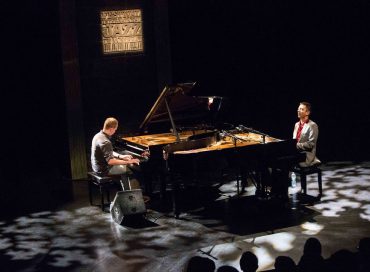 Pianist and composer will receive $625,000 grant