Based in Denver, Colo., Cornell, a professional musician, has been posting his quirky videos—which feature him seated at a keyboard and the video he’s lampooning superimposed to his right—for the past few months. The videos come from different corners of the Internet, like an old Orson Welles wine commercial, a Terry Crews Old Spice commercial, and others. It all started with him setting select tweets from Donald Trump’s Twitter accounts to music.

Eventually he stumbled across a video that rapper Cardi B had posted to her Instagram account. He saw the comedic potential, made a recording, and then Cardi B shared it on her Twitter. He’s been producing similar videos ever since.

Before his viral fame Cornell had just independently released his album Tales, featuring his work as a musician, minus the comedy.

According to Cornell’s website, Oscar Peterson’s music was what set him on the jazz path. He had taken piano lessons starting as a child, but after hearing Peterson, which Cornell describes as “the most important factor in my musical trajectory,” he set out to find a new teacher. That involved a local PBS telethon auction, an assist from his grandmother, and eventually two lessons that led to a five-year stint with his instructor Lee Shaw.

“She taught me about improvisation, harmony and, most importantly, that music is a language,” says Cornell. Check out the full story on his website.

The Oscar Peterson Jazz Festival, produced by the pianist’s widow Kelly Peterson, returns to the Royal Conservatory in Toronto, Canada on April 22-23. The reunion … END_OF_DOCUMENT_TOKEN_TO_BE_REPLACED 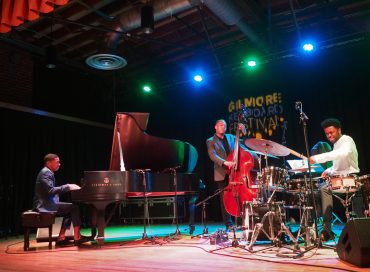 For many years, the Gilmore organization has overseen the prestigious Gilmore International Piano Festival and Gilmore Artist Awards, both focused on classical pianists. Recently, as … END_OF_DOCUMENT_TOKEN_TO_BE_REPLACED 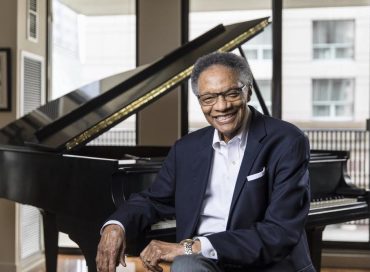 Weary of the rigors of traveling, pianist Ramsey Lewis made the decision to “retire” in 2018.  Some misinterpreted his stay-at-home policy as a retirement from … END_OF_DOCUMENT_TOKEN_TO_BE_REPLACED

Jazz at Lincoln Center and JazzTimes announced that NEA Jazz Master, pianist, composer, and educator Dr. Barry Harris is the recipient of the 2020 Bruce … END_OF_DOCUMENT_TOKEN_TO_BE_REPLACED