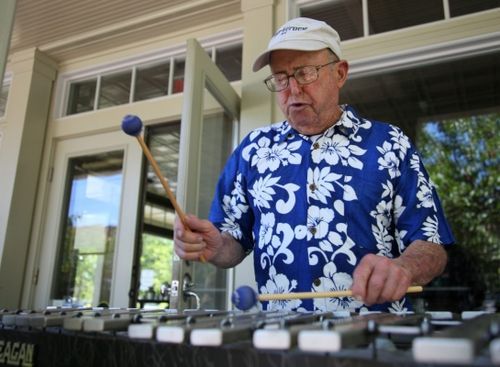 Teddy Charles, a vibraphonist and composer who played with many of the greats of mid-20th century jazz, and then left the music business to become a sailor, died April 16 in Riverhead, N.Y. He was 84 and the cause was heart failure.

Charles Cohen) moved to New York after learning piano and enrolled at Juilliard. He first gained prominence while working with Coleman Hawkins and went on to accompany a who’s who of golden jazz era musicians, including Miles Davis, Benny Goodman, Charles Mingus, Charlie Parker, Artie Shaw and Max Roach. Charles’ compositional skills were praised by fellow jazz musicians-Gil Evans and Charles Mingus contributed to Charles’ 1956 album, The Teddy Charles Tentet. He recorded more than 20 albums as a leader.

In the 1960s, Charles walked away from the music world-and his wife-to become a ship captain in the Caribbean. He settled in Antigua and when he returned to music in the 1980s he switched to piano. He returned to New York that same decade to run a charter boat business but never became musically active again.