As the percentage of COVID-19 vaccinations rises and as states loosen their restrictions for gatherings, several jazz clubs and venues are reopening not only to live performances but also to in-person audiences. Many are continuing to stream all or a portion of their shows online, but for the first time in well over a year, some venues are encouraging fans to actually come inside and enjoy live performances as if it’s 2019. Well, not quite. Safety protocols vary widely from state to state, with some requiring masks or social distancing, the latter meaning that the venue will not operate at full capacity.

For many jazz fans, the increasingly large crowds currently attending Major League Baseball regular season games as well as the NBA playoffs are acting as our de facto canaries in a coalmine. After all, if large-scale gatherings of 10,000 or 20,000 or even 30,000 people don’t result in a rise in COVID cases, then it bodes well for 100- to 200-seat jazz clubs as well as 1,000- to 2,000-seat theaters and performing arts centers hoping to end their shutdowns. Likewise, jazz festivals are beginning to announce lineups for their events, with the majority not happening until late summer. More on those in a separate story.

For this very moment—which, given the variability we’ve seen with the pandemic, is about as far ahead as we can accurately predict—here are the jazz clubs and smaller venues that have announced their reopening with lineups, beginning in June or early July.

Obviously, all of this is subject to change. We hope for the better. And if you know of some other jazz clubs that are reopening their doors, please drop us a line at [email protected].

Birdland (NYC)
The Times Square club did a large-scale fundraising campaign, which certainly helped it weather the pandemic storm. Pianist Emmet Cohen kicks off its reopening with shows on July 1-3. No surprise there, in part because Cohen has been one of the most active of jazz musicians during the shutdown (he’s been hosting a Monday-night livestream concert series since March 2020), and in part because he’s been a regular performer at Birdland over the last few years. He’s followed by Ken Peplowski, Allan Harris, Delfeayo Marsalis, Joe Alterman, and Orrin Evans. In addition, the club returns to some of its weekly shows, such as David Ostwald’s Louis Armstrong Eternity Band, Arturo O’Farrill & the Afro Latin Jazz Orchestra, The Lineup with Susie Mosher, and Jim Caruso’s Cast Party; as a thank-you nod to returning patrons, advance bookings for these shows will be 99 cents (the same as they were when Birdland originally opened in 1949) through the month of June.
https://www.birdlandjazz.com

Smalls and Mezzrow (NYC)
These two small but venerable clubs in the West Village have streamed pretty much all of their shows since the pandemic began, and in fact they’d already been doing so well before March 2020. Although they had allowed a few live performances during the virus’ ups and downs, the City of New York ended up enforcing strict bans on gatherings. Live audiences, however, have now returned, effective immediately. Because Smalls usually features three sets per night, it’s impossible to run down the entire list of shows over the next month or so; some highlights include performances by Melissa Aldana, JD Allen, Eric Alexander, Evan Sherman, David Weiss, and many others. At Smalls’ nearby sister club Mezzrow, solo and duo acts are the rule, with the occasional trio as an exception. Lots of guitar players in June and July, including John Merrill, Pasquale Grasso, Peter Bernstein, and Panos Athanotos, but you can also catch pianists like Sullivan Fortner or Dave Kikoski this month.
https://www.smallslive.com

South (Philadelphia, Pa.)
For many years at this upscale Black-owned restaurant featuring Southern cuisine, the bassist Gerald Veasley has hosted a Thursday-night series he calls Unscripted, which features notable headliners, mostly smooth-jazz players, backed by Veasley’s house band of crack Philly jazz and funk musicians. The series has resumed recently, and saxophonist Jackiem Joyner is one of the many smooth stars taking a solo turn. In addition, Joey DeFrancesco returns to his hometown on July 1-3.
https://southjazzkitchen.com

Keystone Korner Baltimore (Baltimore, Md.)
This reinvention of the legendary Bay Area venue run by NEA Jazz Master Todd Barkan was a breath of fresh air to a city that hadn’t had a full-time jazz club in decades. Opening in 2019, it combined fine dining with the best in straight-ahead jazz and was finding its legs and audience when the pandemic hit almost exactly one year later. The club has been streaming shows sans audiences for some time, but has just returned to having live audiences, albeit at limited capacity. Among the acts on the upcoming schedule are Kenny Barron, Ravi Coltrane, Kenny Garrett, Christian McBride, Tia Fuller with Warren Wolf, Eddie Palmieri, and Paquito D’Rivera.
https://www.keystonekornerbaltimore.com

Preservation Hall (New Orleans, La.)
The longtime home of the Preservation Hall Jazz Band has just announced that not only is it reopening but it’s doing so on Thursday, June 10—60 years to the day that it originally opened in 1961. If you’ve never been to this historic site, we highly recommend a visit to see a band that has evolved over the years but always produces joyous and energetic entertainment.
https://www.preservationhall.com 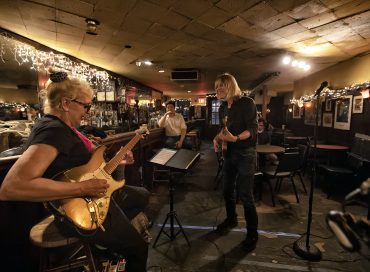 Heading into the third day of my mini-marathon of live jazz shows in New York City, I felt both energized and exhausted. Energized by seeing … END_OF_DOCUMENT_TOKEN_TO_BE_REPLACED 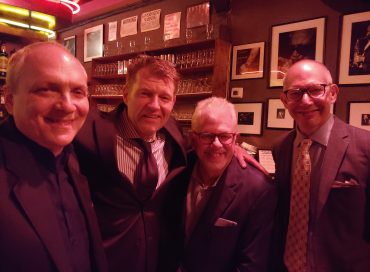 It’s no secret that jazz clubs have suffered mightily during the pandemic, crippled by the inability to regularly present live music (and food and beverages) … END_OF_DOCUMENT_TOKEN_TO_BE_REPLACED