Skip to content
Become a member and get exclusive access to articles, live sessions and more!
Start Your Free Trial
Home > Blog > Blog, JazzTimes > This Week in Jazz Blogs: 9/17-22 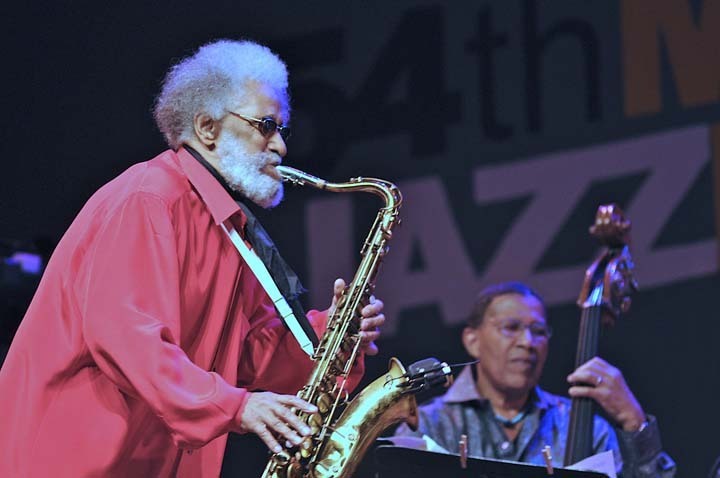 A round-up of the most interesting jazz-related blogs this week, in alphabetical order, because that’s the egalitarian thing to do. The last notes of the 54th Monterey Jazz Festival, with marathon sets from Sonny Rollins and Joshua Redman among others, could still be heard reverberating in many online forums.

George Colligan muses on the one-off gig, and shares some of his own recent one-off highlights with Ari Hoenig and Don Byron, among others.

Don Heckman posts his Picks of the Week, and Michael Katz catches the 2011 Monterey Jazz Festival.

A Blog Supreme offers its coverage of the 54th Monterey Jazz Festival.

Marc Myers listens to the funk in Johnny “Hammond” Smith, and the persuasive trombone of Urbie Green.

Ted Panken links to an interview with guitarist Stanley Jordan, and blindfold-tests Randy Brecker on his taste in trumpeters.

Hank Shteamer chats with Black Flag drummer Bill Stevenson on his free-jazz influences, and reviews the “Big Four” of thrash metal in concert at Yankee Stadium.

Stuart Brinin shares his photography from the 2011 Monterey Jazz Festival.

Fresh off the celebration of our 50th anniversary, we’d like to announce a new initiative for our sixth decade in business: the launch of the … END_OF_DOCUMENT_TOKEN_TO_BE_REPLACED

Listen in on a conversation with vocalist Freda Payne on Sunday, Sept. 1 at the Mack Avenue Music Group Jazz Talk Tent during the Detroit … END_OF_DOCUMENT_TOKEN_TO_BE_REPLACED

Passes for the 2020 Jazz Congress, a conference that brings together members of the global jazz community to network and help expand the music’s audience, … END_OF_DOCUMENT_TOKEN_TO_BE_REPLACED