Skip to content
Become a member and get exclusive access to articles, live sessions and more!
Start Your Free Trial
Home > Blog > Blog, JazzTimes > This Week in Jazz Blogrolling: June 9-16, 2011 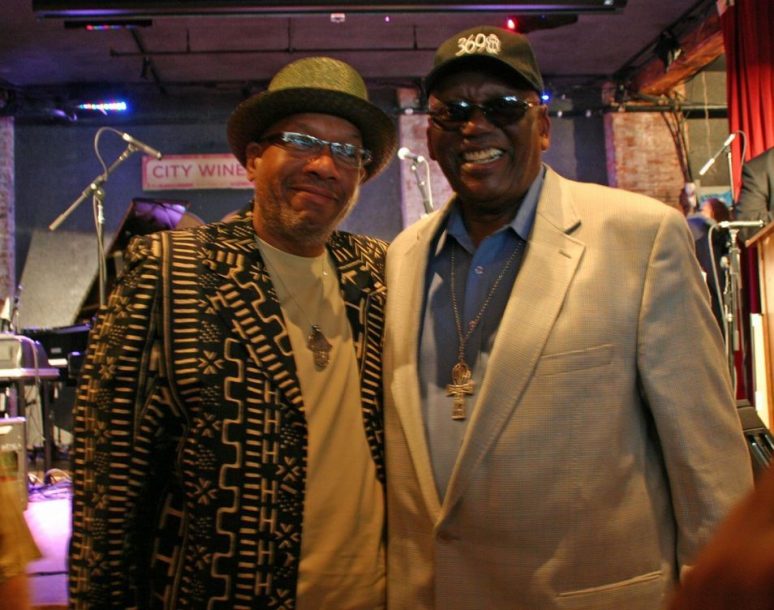 Willard Jenkins and Randy Weston at the JJA awards ceremony on June 11, 20011 at City Winery in NYC

A round-up of the most interesting jazz-related blogs this week, in alphabetical order, because that’s the egalitarian thing to do. Popular topics this week were the 15th annual Jazz Journalists Association Jazz Awards (full list here) and the 2011 DC Jazz Festival.

David Adler posts a feature on Donny McCaslin, an essay on the Parker/Reed duo and the list of JJA Jazz Award winners.

Nate Chinen reviews a triple bill concert at Central Park Summer Stage, Peter Brötzmann at the Vision Festival and looks ahead to an interview with Roscoe Mitchell.

Pamela Espeland on the growth of improvised music in the Twin Cities.

David Hill on Webster’s addition of the word jazz and Tina Fey’s father.

Willard Jenkins discusses “A Night in Treme” – the closing of the DC Jazz Festival.

Fred Kaplan contrasts his picks for Jazz Awards with those of the JJA.

Matt Kassel recounts his experience at the JJA Jazz Awards.

Jim Macnie posts “50 Songs To Get You Through NYC’s Jazz Month”, a Five by Five on Jim Hall and five Derek Bailey quotes.

Dean Minderman on the death of Mae Wheeler, the Jazz at Holmes series and Richard Elliot.

Chris Rich discusses traditional jazz and the importance of storytelling.

Hank Shteamer on Milford Graves and free jazz in the studio.

Neil Tesser looks ahead to the JJA awards ceremony.

Fresh off the celebration of our 50th anniversary, we’d like to announce a new initiative for our sixth decade in business: the launch of the … END_OF_DOCUMENT_TOKEN_TO_BE_REPLACED

Listen in on a conversation with vocalist Freda Payne on Sunday, Sept. 1 at the Mack Avenue Music Group Jazz Talk Tent during the Detroit … END_OF_DOCUMENT_TOKEN_TO_BE_REPLACED

Passes for the 2020 Jazz Congress, a conference that brings together members of the global jazz community to network and help expand the music’s audience, … END_OF_DOCUMENT_TOKEN_TO_BE_REPLACED