Long esteemed for her versatility, daring, and wide range of talents, Terri Lyne Carrington is outdoing herself with the release of her New Standards project in the fall.

Drummer and composer Carrington inaugurated the project on September 15 with the publication by Berklee Press of her sheet music collection New Standards: 101 Lead Sheets by Women Composers. The book features one composition each by 101 different composers, a wide-ranging assortment that includes works by Geri Allen, Melba Liston, Maria Schneider, Bria Skonberg, and Mary Lou Williams.

The 16th saw the release, on the recently revived Candid Records label, of the book’s companion piece: Carrington’s eleventh album, new STANDARDS vol. 1. The collection of 11 songs from the book features Carrington and her quintet along with nearly a dozen all-star special guests. It is only the first of a projected series, in which Carrington hopes to record new imaginings of all 101 of the compositions. (A double-vinyl version of the album is scheduled for a December 2 release.)

But why stop there? In October, Detroit’s Carr Center—an arts organization for which Carrington serves as artistic director—will feature her multimedia installation, again named “New Standards.” One of four sections of a full installation (“Shifting the Narrative: Jazz and Gender Justice Installation”), it features music, sculpture, prints, collages, textiles, paintings, and a recipe.

It will also include two additional Carrington works: her children’s book Three of a Kind, a story designed to inspire girls and young women to play instruments, and a film (with Michael Goldman), once more titled New Standards, documenting the creation of the sheet music book and album.

The installation opens at the Carr Center on October 14.

Berklee to Launch Institute of Jazz and Gender Justice

UNESCO has announced the program for the flagship International Jazz Day concert on April 30 in New York City and related events. The all-star concert … END_OF_DOCUMENT_TOKEN_TO_BE_REPLACED 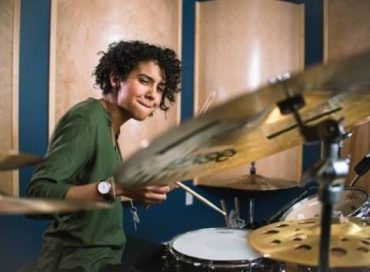 The Hollywood Bowl Jazz Festival, formerly known as the Playboy Jazz Festival, has announced the initial lineup of headliners for its 2022 edition, presented by … END_OF_DOCUMENT_TOKEN_TO_BE_REPLACED