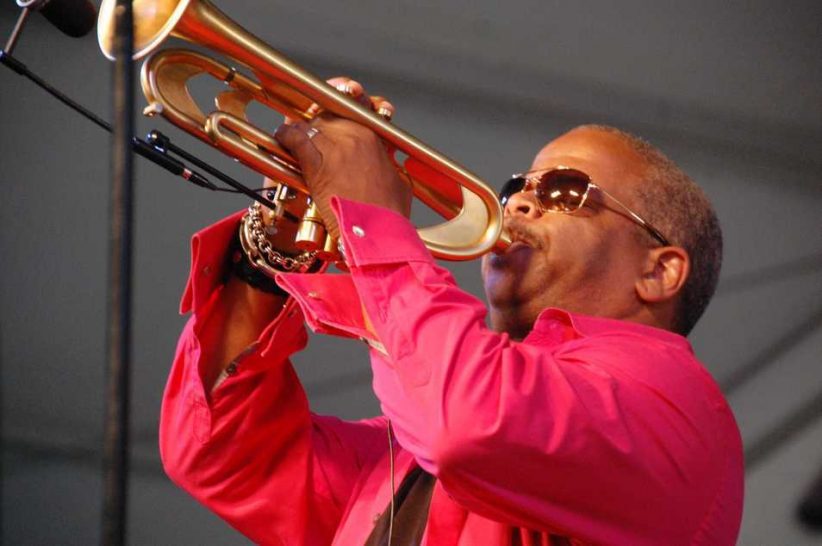 Trumpeter and composer Terence Blanchard has written the score for Gun Hill, a film featuring Larenz Tate that will air this Saturday, July 12, at 8:00 p.m. EST on BET. Gun Hill features Larenz Tate, who, according to a press release, “stars as Bird and Trane, identical twins on separate sides of the law. Trane is an undercover agent with a secret task force. Bird is a recently freed convict who plays by a different set of rules.”

Says Blanchard, “Larenz Tate is an admirable actor who does an amazing job at conveying the mix of emotions facing Bird and Trane. I wrote the music as a way to advance their struggle with morality, fatherhood and love. It is no coincidence that they are named for Charlie ‘Bird’ Parker and John ‘Trane’ Coltrane, two modern Jazz geniuses who also struggled in life. This is a powerful story that will resonate with many young men and I am hopeful that audiences will respond to Gun Hill.”

Today the Newport Jazz Festival announced the lineup for its 2022 edition, which will take place as usual on the grounds of Fort Adams State … END_OF_DOCUMENT_TOKEN_TO_BE_REPLACED

A tribute to Dr. John and appearances from the Legendary Count Basie Orchestra, Chick Corea, Buddy Guy, and many more are all slated for this … END_OF_DOCUMENT_TOKEN_TO_BE_REPLACED

The Metropolitan Opera in New York City will present trumpeter Terence Blanchard’s opera Fire Shut Up in My Bones in a forthcoming season, the company … END_OF_DOCUMENT_TOKEN_TO_BE_REPLACED