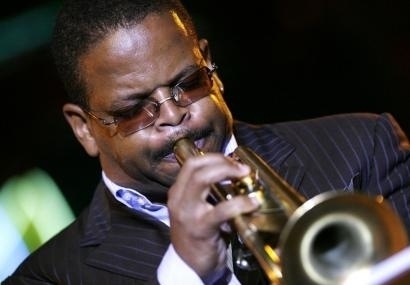 Composer and trumpeter Terence Blanchard and Pulitzer Prize-winning playwright Michael Cristofer will premiere a new jointly composed opera, Champion, June 15-30, 2013 at the Opera Theatre of St. Louis. The collaboration is a joint commission by the Opera Theatre and Jazz St. Louis. Blanchard will write the music and Cristofer the libretto. Based on the story of prizefighter Emile Griffith, the opera will star Denyce Graves, Aubrey Allicock, Arthur Woodley, Robert Orth and Meredith Arwady, and will be directed by Opera Theatre of Saint Louis Artistic Director James Robinson. There will be six performances of Champion. Tickets to Champion are now available as part of a subscription to Opera Theatre of St. Louis. Single tickets will go on sale February 2013.

Today the Newport Jazz Festival announced the lineup for its 2022 edition, which will take place as usual on the grounds of Fort Adams State … END_OF_DOCUMENT_TOKEN_TO_BE_REPLACED

A tribute to Dr. John and appearances from the Legendary Count Basie Orchestra, Chick Corea, Buddy Guy, and many more are all slated for this … END_OF_DOCUMENT_TOKEN_TO_BE_REPLACED

The Metropolitan Opera in New York City will present trumpeter Terence Blanchard’s opera Fire Shut Up in My Bones in a forthcoming season, the company … END_OF_DOCUMENT_TOKEN_TO_BE_REPLACED