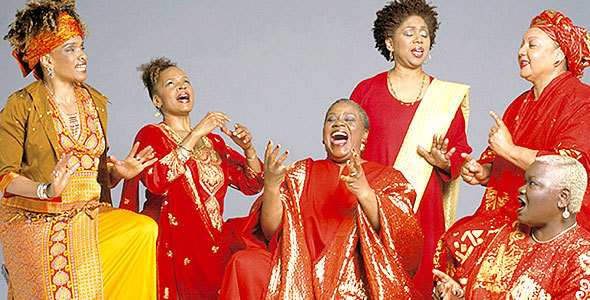 Sweet Honey in the Rock

Sweet Honey in the Rock, the female a cappella group now nearing the anniversary of its fourth decade together, will release a new two-CD set, A Tribute-Live! Jazz at Lincoln Center (Appleseed Records, Feb. 26). The group, which draws from blues, African, jazz, gospel and R&B, has never recorded live with a band before. The live album is Sweet Honey’s first new release in five years and 23rd overall. Their previous Appleseed release, Experience . . . 101 (2007), was their fourth children’s album and was a Grammy nominee.

The tour dates through the end of May will mark the final appearances of Dr. Ysaye Barnwell, a 34-year member of the group, who is departing to pursue her own career endeavors. (See Appleseed Music for all tour dates.)