Mehldau, who has been sheltering in place in the Netherlands since COVID-19 became a worldwide pandemic in March, decided to compose a 12-part suite inspired by the circumstances. “I’ve tried to portray on the piano some experiences and feelings that are both new and common to many of us,” he wrote in a note about the album on his website.

In addition to the 12 parts of “Suite: April 2020,” the album of the same name includes three covers of songs by Neil Young (“Don’t Let It Bring You Down”), Billy Joel (“New York State of Mind”), and Jerome Kern (“Look for the Silver Lining”).

The vinyl pressing of Suite: April 2020 is limited to 1000 copies, each numbered and signed by Mehldau. They’re selling for $100 a piece—$90 of which (at minimum, after distribution fees) will be donated to the Jazz Foundation of America’s COVID-19 Musicians’ Emergency Fund. A portion of the proceeds from the digital album will also go to the JFA fund.

A standard album release, set for September 18, will set aside portions of its proceeds for the Musicians’ Emergency Fund as well.

Suite: April 2020 is available for purchase on Bandcamp, Discogs, and the Nonesuch Store.

Mehldau introduces the album, and performs one of its tracks, in this video.

The Oscar Peterson Jazz Festival, produced by the pianist’s widow Kelly Peterson, returns to the Royal Conservatory in Toronto, Canada on April 22-23. The reunion … END_OF_DOCUMENT_TOKEN_TO_BE_REPLACED 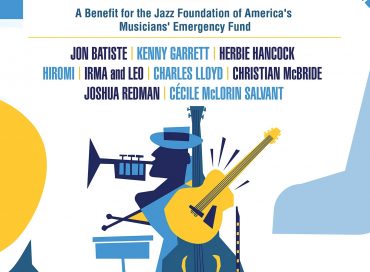 A consortium of seven major jazz record labels will together issue Relief, a compilation album of previously unreleased recordings by a series of jazz stars, … END_OF_DOCUMENT_TOKEN_TO_BE_REPLACED

As the percentage of COVID-19 vaccinations rises and as states loosen their restrictions for gatherings, several jazz clubs and venues are reopening not only to … END_OF_DOCUMENT_TOKEN_TO_BE_REPLACED

There’s no doubt about it: The COVID-19 pandemic has hampered your ability to celebrate your favorite jazz artists. You can’t go see them play; yes, … END_OF_DOCUMENT_TOKEN_TO_BE_REPLACED