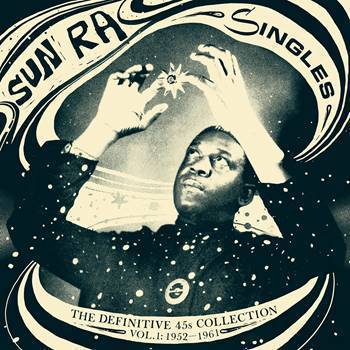 Starting Nov. 25, Strut Records kicks off a CD and vinyl release of what they are calling the definitive collection of rare 45-RPM singles from pianist-composer-bandleader Sun Ra.

The singles included in this collection span four decades of Ra’s recording career, from 1952 to 1991. The majority of the music included here was originally released in the 1950s, primarily on Ra’s own Saturn label, and the small pressings most of them received have made them hard-to-find collectors’ items in recent years. The Strut collection includes several tracks that have only been recently rediscovered in physical form; posthumous releases; tracks that were originally released only as promotional items with music magazines; and a few that were planned and scheduled but never actually released.

After a Nov. 25 online release, Volume 1 of Sun Ra Singles: The Definitive Collection will hit retail stores in the U.S. on Dec. 9. The collection will be available in a three-CD Digipak; a three-LP gatefold-sleeve package; and a limited 500-copy 10-disc 45 single set in a flip-top hardboard box. Each edition includes fully remastered tracks, photos and poster artwork, all-new sleeve notes by Francis Gooding, track and session notes by Paul Griffiths, and an exclusive interview with Saturn Records cofounder Alton Abraham, conducted by music journalist and producer John Corbett. The CD and 45 sets will also feature a 28-page booklet; the 45s collection includes reproductions of the original single artwork.

Volume 2 of the Ra singles collection is scheduled for March 2017. Thus far, only a second 10-disc 45 collection, likewise limited to 500 flip-top hardboard box copies, and an additional three-LP gatefold-sleeve collection have been announced.

The Sun Ra Music Archive, online home of much of the prolific keyboardist/composer/bandleader/theorist’s album catalog, has just premiered the first three episodes of a new … END_OF_DOCUMENT_TOKEN_TO_BE_REPLACED 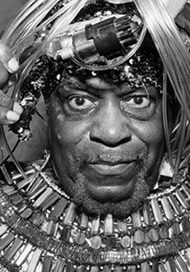