A short time from now in a club far, far away … unless you live near the PATH train … a New Jersey jazz musician’s ensemble is going to reimagine John Williams’ iconic Star Wars score.

Saxophonist Anthony Ware, who has performed with Dee Dee Bridgewater, J. Cole, Chinese pop star Khalil Fong, and others, will celebrate May the Fourth at FM in Jersey City. Ware’s galactic ensemble, dubbed Star Ware, is promising “Dark Side grooves” and “Cloud City swing” as they riff on Williams’ themes.

Star Wars fans have embraced May 4 as a holiday for its pun on “May the Force be with you.” The phrase “May the Fourth be with you” first appeared in 1979 in a British newspaper, but it wasn’t until 2011 that the first organized Star Wars Day event took place on that date.

Ware performed at the festival in 2016 alongside Bridgewater. He’s also an accomplished educator, having taught at the New Jersey Jazz Institute, the Thelonious Monk Institute in Los Angeles, Dynamix in Shanghai, China, and New Jersey-based nonprofit JAZZ HOUSE KiDS. His jazz bona fides include studying at the New Jersey Jazz Institute and earning a bachelor’s degree in jazz saxophone from Rutgers’ Mason Gross School of the Arts.

Michael Brecker used to receive one or two unsolicited cassettes in the mail, every week, from young and aspiring musicians seeking his advice and guidance. … END_OF_DOCUMENT_TOKEN_TO_BE_REPLACED

The Michael Brecker International Saxophone Competition is now accepting applications, which are due Mar. 31. The competition, named after the late, influential saxophonist who died … END_OF_DOCUMENT_TOKEN_TO_BE_REPLACED

Katie Webster, an 18-year-old saxophonist from Seattle, has been named the 22nd recipient of the Jimmy Lyons Scholarship to Berklee College of Music. She will … END_OF_DOCUMENT_TOKEN_TO_BE_REPLACED 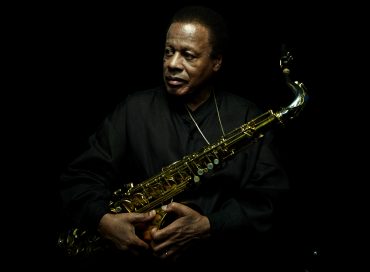 Blue Note Records has set Aug. 24 as the release date for Emanon, the first new Wayne Shorter album since 2013’s Without A Net. That … END_OF_DOCUMENT_TOKEN_TO_BE_REPLACED