Google is paying tribute to jazz great Hugh Masekela today, April 4, on what would have been the anti-apartheid champion’s 80th birthday.

The South African trumpeter, who has been described as “the father of South African jazz,” has been honored with a Google Doodle, seen on the search engine’s homepage.

At 14, Masekela got his first horn. Starting in the mid-1950s, he played music that reflected the conflict and exploitation South Africans experienced under apartheid.

During his lifetime he was honored with three Grammys in 1968, 1989, and 2012, reflecting his long-lasting impact on jazz.

After his death, singer/songwriter Somi reflected on Masekela’s legacy for JazzTimes. Read that farewell here. 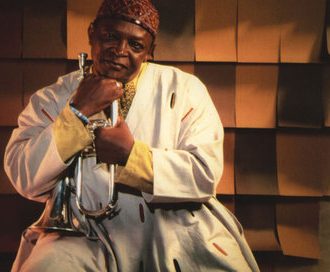 Musician is honored for his work with Paul Simon on ‘Graceland’