Skip to content
Become a member and get exclusive access to articles, live sessions and more!
Start Your Free Trial
Home > Blog > Guitarist, Sonny Sharrock > Sonny Sharrock to Have Street Named After Him in his Hometown 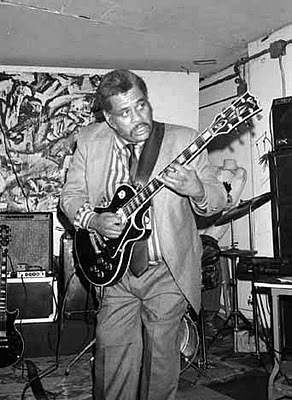 On Saturday, October 2, the late Sonny Sharrock will have a street named for him in his hometown of Ossining, N.Y. In a ceremony presided over by Ossining’s mayor, Bill Hanauer, South Malcolm Street will be renamed “Sonny Sharrock Way” in honor of the jazz guitar pioneer. The Sons of Sharrock, a band led by Sharrock’s cousin Kendall Buchanan, will perform at the event.

A one-time Miles Davis sideman, Sharrock was a guitarist who was truly beyond category, noted for his use of dissonance, feedback and distortion combined with stunning technique. Sharrock was featured in the July/August 2002 issue of JazzTimes in a piece called “The Ten Most Underrated Guitarists in the History of Jazz.” In that article, Ron Wynn wrote: “Sonny Sharrock was an experimental, rampaging guitarist who loved free music. He approached the instrument more as a saxophone and percussive weapon than a lyrical accompaniment tool. A onetime singer who performed in doo-wop groups for seven years, Sharrock easily delivered explosive splintered riffs, whiplash phrases and crackling accompaniment.”

Although his eccentric and often raw style of guitar playing has been said to have been an influence on players such as Bill Frisell, Ben Monder, Vernon Reid, Nels Cline and even Pearl Jam’s Mike McCready, Wynn wrote that, “Contemporary types like Jean-Paul Bourelly and James “Blood” Ulmer are kindred spirits to Sharrock, who remains perhaps the least copied great player in recent jazz history.”