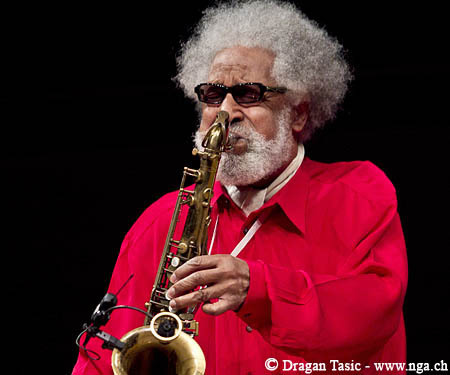 Another day, another monumental cultural award for Sonny Rollins, the saxophone colossus who turns 81 today. This morning, it was announced that Rollins will be feted at the 34th annual Kennedy Center Honors, along with actress Meryl Streep, singer Barbara Cook, cellist Yo-Yo Ma and singer-songwriter Neil Diamond.

The Honors Gala will occur on Dec. 4 and be telecast via CBS on Dec. 27 at 9 p.m. EST. (The awardees will receive their medallions the night prior, during a State Department dinner presided over by Secretary of State Hillary Clinton.) As a press release notes, the gala will take place in the Kennedy Center’s Opera House, where “Honorees will be saluted by great performers from New York, Hollywood, and the arts capitals of the world. Seated with the President of the United States and Mrs. Obama, the Honorees will accept the thanks of their peers and fans through performances and heartfelt tributes.”

The John F. Kennedy Center for the Performing Arts will mark its first expansion on September 7-22 with the REACH Opening Festival, featuring more than … END_OF_DOCUMENT_TOKEN_TO_BE_REPLACED

The National Endowment for the Arts will honor this year’s Jazz Masters—Bob Dorough, Abdullah Ibrahim, Maria Schneider, and Stanley Crouch—with a series of Washington D.C.-based … END_OF_DOCUMENT_TOKEN_TO_BE_REPLACED