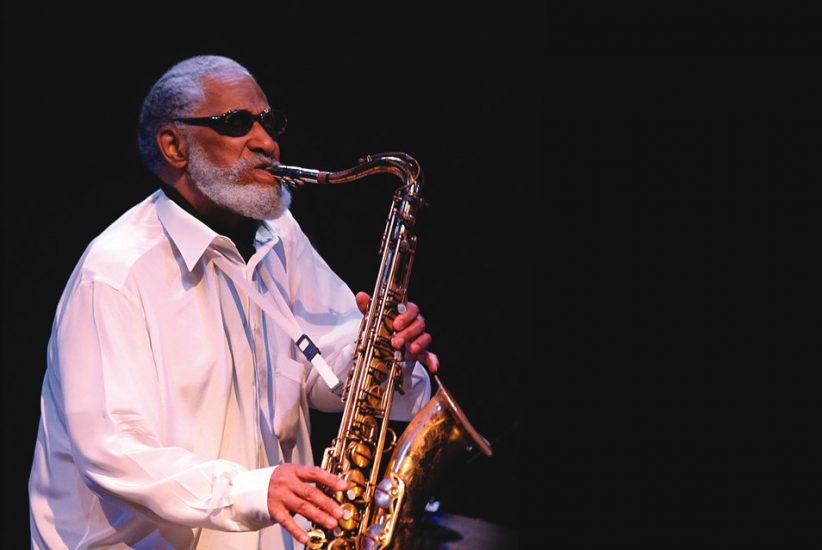 This is the year that Sonny Rollins turns 80 and he’s celebrating that milestone with a special concert at the Beacon Theatre in New York City on September 10. He recently announced three of his special guests for that concert-guitarist Jim Hall, trumpeter Roy Hargrove, and bassist Christian McBride. Rollins expects to add a few more guests, according to a press release received at JT.

The press release also included comments from Rollins about his announced guests. About Christian McBride, who performed with Rollins and drummer Roy Haynes at a Carnegie Hall concert back in 2007, Rollins said: “The great young bassist is an extraordinarily gifted musician who deserves to play with Sonny Rollins again. He is doing all music–and jazz in particular–proud. All hail.” Roy Hargrove first guested with Rollins in 1991 when the trumpeter was just 21 years old. Shortly after that concert, Hargrove recorded with Rollins on his Here’s to the People album on a cut “Young Roy” that the saxophonist wrote specifically for his protégé. “There is a hallowed legacy that passes down from Louis Armstrong and such,” said Rollins, in the press release. “It must be earned, but has to be bestowed from above, as it were. Roy Hargrove is that chosen one.”

The third guest, guitarist Jim Hall, goes way back with Rollins, with whom he played as a member of the saxophonist’s quartet in 1961-1962, as well as on the famous album The Bridge. The two have maintained their musical friendship over the years. Hall and Rollins reunited at the saxophonist’s Carnegie Hall concert in 1991, and again at an impromptu performance last month in Burlington, Vermont, when Hall sat in with Rollins’s group for two numbers. “The honorable and venerable Jim Hall will be at the Beacon with me, commemorating our successful collaborations of years past,” said Rollins. “Jim is the class of his instrument. His playing never fails to inspire me.”

Over the years, Rollins has generally hosted one concert at a storied NYC venue (Carnegie Hall, Town Hall or the Beacon) with special guests who perform with the saxophone legend. Among the guests who’ve sat in with Rollins at these shows over the years are: Terence Blanchard, Dizzy Gillespie, Charles Mingus, Branford Marsalis, Tony Williams, Jim Hall, Grover Washington Jr., Roy Hargrove and Wynton Marsalis.

The show at the Beacon marks Rollins’ only performance in the U.S. for the rest of 2010. He will be touring in Europe and Japan during that time. For information or tickets, go to the Beacon Theatre site or at Ticketmaster or call 212-465-6500.

Coming out in conjunction with the saxophonist’s birthday is Saxophone Colossus: A Portrait of Sonny Rollins, a special book of photographs by John Abbott and text by Bob Blumenthal. The text features chapters named after cuts from that seminal Rollins album from 1956, according to themes such as “Sonny’s Sound,” “Sonny’s Songs,” and “Rollins in Rhythm.” The 170-page book will be published by Abrams in time for this special NYC concert. An excerpt of the book will appear in the October 2010 issue of JazzTimes.

Swing University, the virtual adult education component of Jazz at Lincoln Center, is celebrating its 20th anniversary in 2021. It will mark the milestone with … END_OF_DOCUMENT_TOKEN_TO_BE_REPLACED

Michael Brecker used to receive one or two unsolicited cassettes in the mail, every week, from young and aspiring musicians seeking his advice and guidance. … END_OF_DOCUMENT_TOKEN_TO_BE_REPLACED

A short time from now in a club far, far away … unless you live near the PATH train … a New Jersey jazz musician’s … END_OF_DOCUMENT_TOKEN_TO_BE_REPLACED