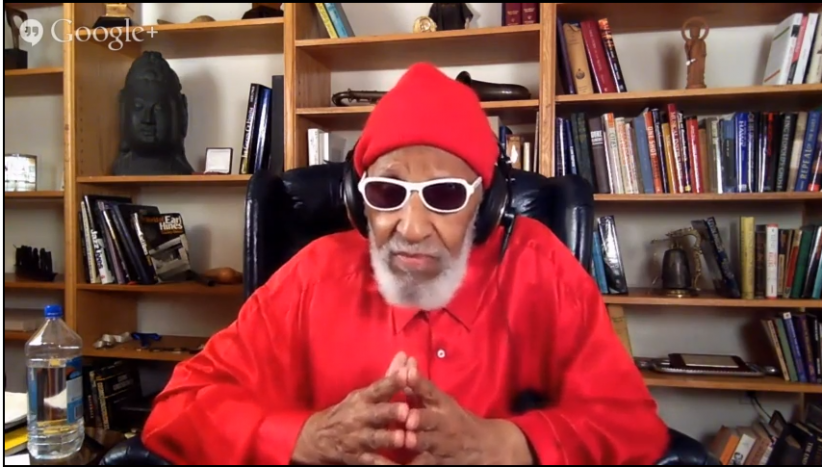 Sonny Rollins, in a webcast, addresses an article about him in The New Yorker, August 2014

In a live webcast from his home in Woodstock, N.Y., jazz saxophone icon Sonny Rollins last night responded to an article that appeared Aug. 1 on the website of The New Yorker. The article, titled “Sonny Rollins: In His Own Words,” and attributed to Django Gold (described as “a senior writer for The Onion“), consisted entirely of fabricated quotes presumed to have stemmed from Rollins’ own mouth. The article, which did not at first include any disclaimer indicating that the quotes were in fact not Rollins’, raised hackles among many in the jazz world due to what was perceived as a derogatory attitude toward jazz and Rollins himself. Many initially believed the quotes to be real. Other jazz aficionados, posting on blogs and social media sites, enjoyed it and said that they understood immediately that it was intended as satire and that the quotes were the work of Gold.

(A note stating, “This article, which is part of our Shouts & Murmurs humor blog, is a work of satire,” was added to the original by The New Yorker after the controversy erupted.)

Among the 11 faux Rollins quotes were these:

“Jazz might be the stupidest thing anyone ever came up with. The band starts a song, but then everything falls apart and the musicians just play whatever they want for as long they can stand it.”

“I really don’t know why I keep doing this. Inertia, I guess. Once you get stuck in a rut, it’s difficult to pull yourself out, even if you hate every minute of it. Maybe I’m just a coward.”

In his streamed web interview with “Jazz Video Guy” Bret Primack, Rollins stated that he initially though the article was akin to something he’d find in Mad Magazine, to which, he said, he subscribes. But subsequently, he said, he felt hurt by the article as it began to be taken seriously by some. Following are excerpts from the Rollins webcast. Please note that some of these statements have been paraphrased or truncated.

“It was so ridiculous. I had no idea that anyone could conceive of it being true … If it was for Mad it would’ve been OK.”

“When people began to blog about it, it was very hurtful-not for me but for young musicians. That was rough because musicians practice and it’s a beautiful thing to be playing your horn, or whatever … you’re meditating in a sense … So that these young guys thought that I said something as stupid as that, it hurt me. I think it’s very dangerous. I got very upset about it-what are they trying to do? Never mind me-they’re saying some very insulting, derogatory things about jazz … I can’t even repeat it. I can’t take it.”

“Not everything about technology is good. One of my heroes, Aldous Huxley, said technology is a faster way of going backwards, and that’s what’s happening. When information can go around the world so fast … it means there’s no truth anymore.”

“Music is … something we are lucky to have and now we’re saying don’t listen to jazz music. False. People love jazz all over the world. Music schools are filled with young students. Why? Because there’s something about jazz-the spirit of it makes people feel good. When I started playing jazz and reading jazz magazines every five or 10 years there’d be an article, jazz is dead. Next 10 years, jazz is dead. So they’ve been trying to kill jazz and the people that wrote this article are trying to kill jazz. But you can’t kill spirit.”

“Do I have a sense of humor? Yes, of course. Jazz is one of the most humorous musics around. Jazz has a sense of humor. So this idea that jazz takes itself too serious-it has nothing to do with that. Jazz has been mocked, minimized and marginalized throughout its history. Why kick jazz around? Why not satire the rich and the powerful and try to change something in the world? Jazz people are not humorless … It’s something real and important. It doesn’t hurt anybody. It helps people and makes them feel better and gives them something to strive for.”

“Is it fun to satire (sic) jazz? I don’t think so. Some people really thought it was me. What they were saying was scurrilous-there was nothing funny about it. We’re just trying to protect our little space in the world because it’s something real and there’s not a lot of real things left in the world. Technology is not real-we just found that out with this article.”

“I’m loath to say don’t make jokes. But to do that about jazz is not funny. Jazz musicians live a tough life trying to get accepted where nobody wants to acknowledge the goodness of the music. Jazz is suffering. It’s been suffering since its inception and it’s still on the bottom. Why do you want to kick the dog that’s on the ground?” 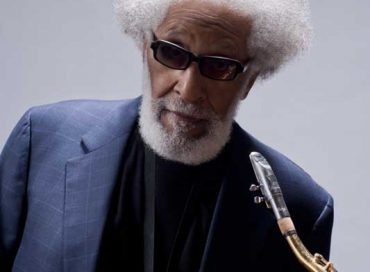 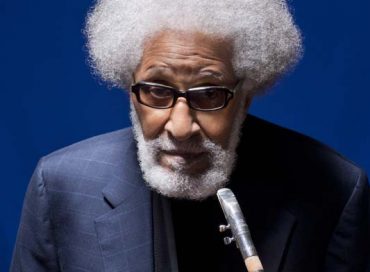