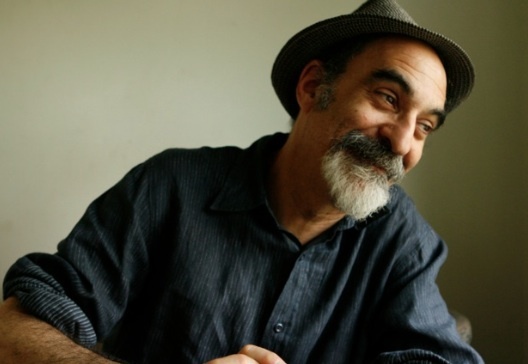 Saxophonist Roy Nathanson and Sotto Voce will support the release of their new album Complicated Day (Enja/Yellowbird) at Joe’s Pub in Manhattan on April 2. The album, the group’s third, includes eight original compositions and two covers, Isaac Hayes’ “Do Your Thang” and Johnny Nash’s “I Can See Clearly Now.” It will be released April 8.

The lineup for the NYC show is Nathanson on alto, soprano and baritone saxophones;

Nathanson will also appear April 11 at Europe’s Banlieus Blues Jazz festival, on a double bill with Cassandra Wilson. He is also the featured guest with the French band Papanosh on a new project of Charles Mingus-inspired material that will also premiere at Banlieus Bleus on April 10 and at the Roué Jazz fest April 15.

Nathanson will also be featured on a new album of Eric Dolphy music celebrating of the 50th anniversary of the latter’s Out to Lunch album, and will appear as part of a Dolphy commemoration at Montclair State University in New Jersey on May 30 with Richard Davis, Henry Threadgill, James Newton on the bill.