Second place ($1,500) went to Ekep Nkwelle, a singer/songwriter from Washington, D.C., and a past member of Howard University’s vocal jazz ensemble Afro Blue. Third place ($500) belonged to Harlem-based Allan Harris, who noted that as a child he had watched the competition’s namesake Sarah Vaughan perform live at the legendary Apollo Theater. (Newark native Vaughan’s experience winning the Apollo’s Amateur Night at the beginning of her career was the initial inspiration for this contest.)

Rebolloso, Nkwelle, and Harris were the top three applicants in a class that started off with more than 200 submissions from 25 countries.

Past winners of the Sarah Vaughan International Jazz Vocal Competition (also known as the SASSY Awards) include Cyrille Aimée, Jazzmeia Horn, Ashleigh Smith, Arianna Neikrug, Deelee Dubé, Quiana Lynell, Laurin Talese, Samara Joy, Gabrielle Cavassa and Tawanda Suessbrich-Joaquim (tie), and G. Thomas Allen. The contest is open to singers over the age of 18, of all genders and nationalities, from anywhere in the world, and not signed by a major label. Entrants are judged on vocal quality, musicality, technique, performance, individuality, artistic interpretation, and ability to swing. For more information, visit SarahVaughanCompetition.com. 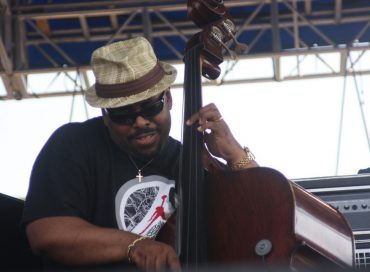