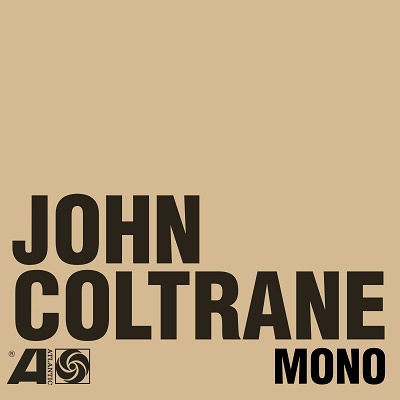 Rhino Entertainment will release John Coltrane: The Atlantic Years – In Mono on June 10. The collection, fully remastered in mono, will be available for purchase as both a six-CD box set (retail price: $64.98) and a six-LP 180-gram vinyl box set ($149.98).

John Coltrane: The Atlantic Years – In Mono, as worded in a press release, “exceeds musical nostalgia; it offers historical validity, the same aural experience that greeted fans when these albums were first released.” The set “gives fans a glimpse into how Coltrane’s music first appeared to dedicated listeners through the 1960s.”

Also included in the box is a 12-by-12-inch, 32-page bound booklet featuring period photos by Lee Friedlander and liner notes by Grammy-winning jazz writer Ashley Kahn. Purchasers of the vinyl box set will also receive an LP of outtakes and a replica of the original “My Favorite Things Part I & II” 7-inch single.

The release of the album coincides with the creation of a new documentary on Coltrane titled Chasin’ Trane, set to premiere later this year.

A complete track listing can be found below.

DISC 5: THE AVANT-GARDE (with Don Cherry)

1. “My Favorite Things Part I”

The Recording Industry Association of America (RIAA) keeps track of album sales collectively and individually—and it keeps keeping track of those albums for years, even … END_OF_DOCUMENT_TOKEN_TO_BE_REPLACED

The version of John Coltrane’s A Love Supreme that we all know—recorded in Rudy Van Gelder’s Englewood Cliffs, New Jersey, studio on December 9, 1964 … END_OF_DOCUMENT_TOKEN_TO_BE_REPLACED

Blue World, a never-before-heard recording by John Coltrane, will be released September 27 in CD, vinyl LP, and digital editions via Impulse!/UMe. Recorded in June 1964, … END_OF_DOCUMENT_TOKEN_TO_BE_REPLACED

In 1958, John Coltrane was not yet what he would soon become: one of the most important innovators in the jazz tradition. But his work … END_OF_DOCUMENT_TOKEN_TO_BE_REPLACED