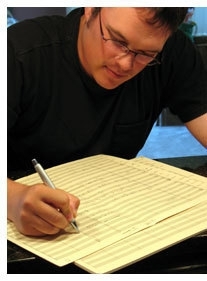 To mark the 100th anniversary of arranger-composer Gil Evans’ birth, composer/producer Ryan Truesdell will release an album featuring newly discovered Evans compositions. The CD will be released on May 13, 2012.

Truesdell and the group will also celebrate its release with four nights at New York’s Jazz Standard, from May 17-20, 2012.

Truesdell (best known for his work with Maria Schneider and as co-producer of her award-winning album Sky Blue) is the first person outside of the Evans family to have been granted full access to the musical archives.

Having sifted through stacks of music-some full scores, some just sketches-Truesdell selected works that give participants and listeners a look at Evans’ musical world before and after his collaborations with Miles Davis. Recorded for the first time are a number of pieces dating back to Evans’ work in the late 1940s with the Claude Thornhill Orchestra, a few works written for singers (including one originally arranged for an Astrid Gilberto album but never used), and never-before-heard works for a 24-piece ensemble that includes oboes, bassoons, French horns and percussion.

Luciana Souza (voice on “Look to the Rainbow”) 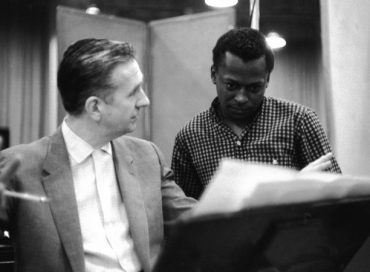 Released in 1957, the first of Miles Davis’ landmark albums, is being reissued as Miles Davis: The Complete Birth of the Cool on June 7 with … END_OF_DOCUMENT_TOKEN_TO_BE_REPLACED