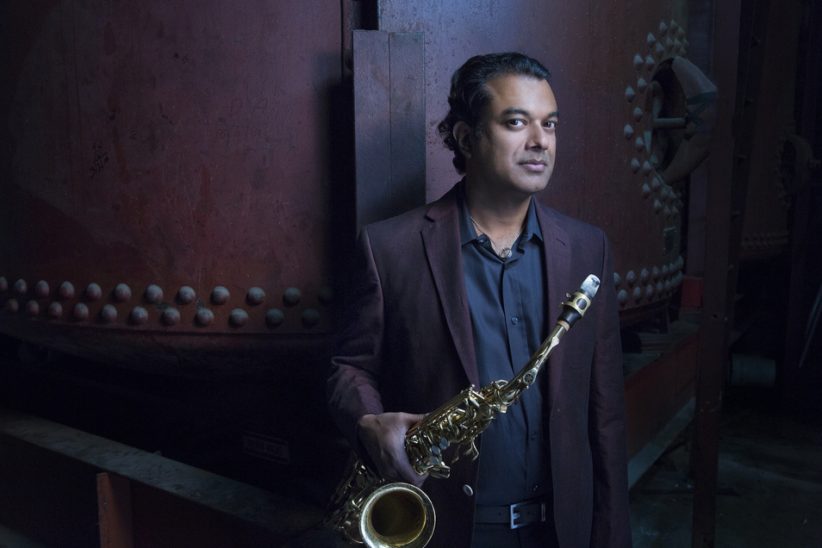 Rudresh Mahanthappa has been named Director of Jazz at Princeton University

Princeton University’s Department of Music has named saxophonist and composer Rudresh Mahanthappa Director of Jazz. Mahanthappa, who comes to Princeton with an extensive jazz background and a voice “intent on transcending cultural divides by hybridizing progressive jazz and non-Western musical traditions,” according to a press release, will begin his appointment as the Anthony H. P. Lee ’79 Senior Lecturer in Jazz Studies at the start of the fall term. He will succeed Dr. Anthony D. J. Branker, founder of the Program in Jazz Studies.

Recently, Mahanthappa’s Bird Calls was named Album of the Year in the 2015 NPR Music Jazz Critics Poll. Additionally, that same year Mahanthappa joined the United States Fellows, the latest in a series of honors including a Guggenheim Fellowship, two New York Foundation for the Arts Fellowships and the highly coveted Doris Duke Performing Artist Award.

Jazz at Lincoln Center has announced the launch of its inaugural Jack Rudin Jazz Championship, a two-day invitational competition featuring ensembles from 10 university jazz programs in the United States. It will take place Jan. 18-19 at Frederick P. Rose Hall in Manhattan.  The competition is named after one of JALC’s most generous supporters, a … END_OF_DOCUMENT_TOKEN_TO_BE_REPLACED
To access this content, you must purchase JazzTimes Membership.

Arturo O’Farrill, a six-time Grammy-winning pianist, composer and music educator, has been appointed professor of global jazz studies and music at the UCLA Herb Alpert School of Music. He will focus on performance and composition and on redefining the perimeters of Latin jazz in the position. School officials said O’Farrill was chosen in part due … END_OF_DOCUMENT_TOKEN_TO_BE_REPLACED
To access this content, you must purchase JazzTimes Membership.

Acclaimed trumpeter Ambrose Akinmusire—whose recent album, Origami Harvest, was a critical success—will perform at Princeton University on Nov. 17 in the world premiere of a new suite, Slightly Left of Sorrow’s Song, commissioned in honor of the 150th anniversary of W.E.B. Du Bois’ birth. Akinmusire, 36, will play with Princeton’s Small Group I—under the leadership of Jazz at Princeton director … END_OF_DOCUMENT_TOKEN_TO_BE_REPLACED
To access this content, you must purchase JazzTimes Membership. 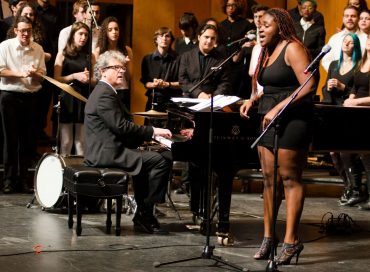 The Purchase College Conservatory of Music, part of the State University of New York (SUNY) system, will celebrate the 25th anniversary of its Jazz Studies program by presenting several concerts in Westchester County (north of New York City) and NYC itself, featuring students and faculty from the program. The performance-driven curriculum, according to a press … END_OF_DOCUMENT_TOKEN_TO_BE_REPLACED
To access this content, you must purchase JazzTimes Membership.