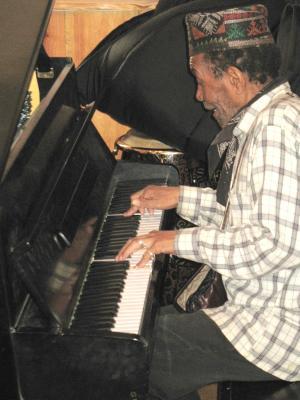 Pianist Rahn Burton, also known as Ron Burton and best known for his work with Rahsaan Roland Kirk, died Jan. 25 in New York City. The cause of death has not been reported.

Burton was born in 1934 in Louisville, Ky., and began playing in that city in the early 1950s. He joined Kirk’s group in 1953 and stayed with him for six years, recording with Kirk for the Argo label. Later Burton toured with George Adams, rejoining Kirk in the late ’60s and remaining with him into the mid-’70s. He started his own band, the African-American Connection, in the early ’70s while also freelancing with other musicians.

Jazz at Lincoln Center and JazzTimes announced that NEA Jazz Master, pianist, composer, and educator Dr. Barry Harris is the recipient of the 2020 Bruce … END_OF_DOCUMENT_TOKEN_TO_BE_REPLACED

Jeff Goldblum has announced his second studio album, I Shouldn’t Be Telling You This, which includes guest turns from some other famous faces. It follows … END_OF_DOCUMENT_TOKEN_TO_BE_REPLACED