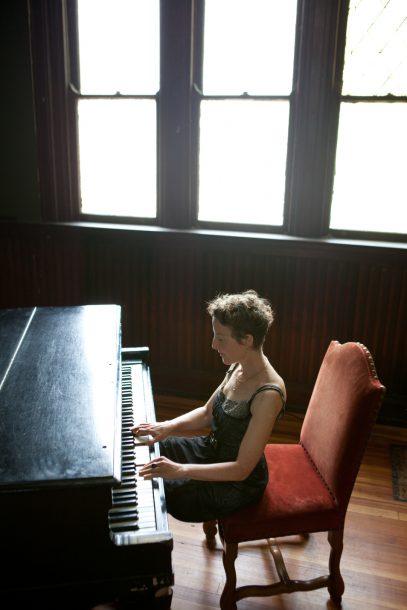 Melford is one of 175 scholars, artists and scientists from almost 3,000 applicants to be awarded a 2013 Fellowship from the John Simon Guggenheim Memorial Foundation in the competition’s 89th year. Her fellowship, awarded in the category of Music Composition, will help to fund the premiere of her upcoming project Language of Dreams. According to a press release, “The interdisciplinary work is inspired by Uruguayan writer Eduardo Galeano’s Memory of Fire trilogy, a history of the Americas told through indigenous myths and the accounts of European colonizers. The piece will combine music for Melford’s quintet Snowy Egret with narration by a multi-lingual actor, dance by Los Angeles-based choreographer Oguri, and video by Bay Area filmmaker David Szlasa.”

Language of Dreams will premiere in November at San Francisco’s Yerba Buena Center for the Arts (YBCA), which will also be the site for Melford’s residency, created by the Doris Duke Artists Residencies to Build Demand for the Arts award. Melford and the YBCA are one of ten teams of performing arts organizations and artists to be granted a combined total of $1.475 million dollars in the award’s first year.

In addition, Melford is one of only 20 artists from the fields of jazz, contemporary dance and theater to be granted the 2013 Doris Duke Performing Artist Award, which, says the press release, “is intended to empower, invest in and celebrate artists by offering flexible, multi-year funding in response to financial and funding challenges that are both unique to the performing arts and to each artist.”

Each member of the 2013 class will receive an unrestricted, multi-year cash grant of $225,000, plus as much as $25,000 more in targeted support for audience development and as much as $25,000 more for personal reserves or creative exploration during what are commonly retirement years for most Americans. Artists will be able to access their awards over a three- to five-year period under a schedule set by each recipient.

Jazz at Lincoln Center and JazzTimes announced that NEA Jazz Master, pianist, composer, and educator Dr. Barry Harris is the recipient of the 2020 Bruce … END_OF_DOCUMENT_TOKEN_TO_BE_REPLACED

Jeff Goldblum has announced his second studio album, I Shouldn’t Be Telling You This, which includes guest turns from some other famous faces. It follows … END_OF_DOCUMENT_TOKEN_TO_BE_REPLACED