Jazz giant Pharoah Sanders has collaborated with electronic musician Floating Points (a.k.a. Sam Shepherd) and the world-renowned London Symphony Orchestra to create Promises, which will be issued March 26 on the Luaka Bop label.

Consisting of nine “movements,” the album will be available as a download, a stream, a CD, and a gatefold, die-cut LP.

According to a press release from Luaka Bop, Promises has been five years in the making. It is the first new recording that the 80-year-old saxophonist, flutist, percussionist, and composer has released as a leader or co-leader since 2003’s With a Heartbeat (which also featured cornetist Graham Haynes, bassist Bill Laswell, and percussionist Trilok Gurtu).

Of course, Sanders hasn’t been entirely absent from the scene over the past 18 years. Most recently, he guest-starred on Joey DeFrancesco’s 2019 album In the Key of the Universe and appeared at the 2020 Detroit Jazz Festival last September. The notoriously press-shy musician even sat for an extensive recent interview with the U.K. music magazine Mojo, during which he said nothing about the upcoming album but did make a teasing suggestion about retirement.  “I feel like I have retired,” Sanders quipped, ” … from getting low pay!”

Watch a video trailer for Promises on YouTube. Preorder the album here. 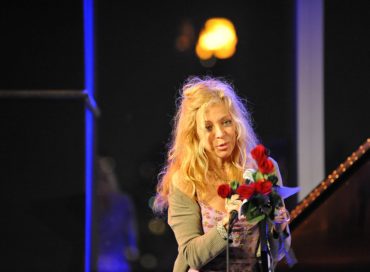