WBGO has partnered with the City of Newark, New Jersey, to rename a section of that city’s Park Place as Wayne Shorter Way in honor of the saxophonist who was born and raised in Newark. On April 29 at 5 p.m. ET, WBGO and the city will celebrate Shorter and unveil the new street sign. Students from Newark’s Arts High, Shorter’s alma mater, will perform and Newark Mayor Ras Baraka, members of Newark City Council, WBGO President & CEO Steven A. Williams, as well as some noted musicians, will pay tribute to the 88-year-old saxophonist in a livestream event. Shorter will participate via video from his home on the West Coast.

Shorter grew up in the Ironbound neighborhood of Newark and, after winning an art contest, was encouraged to apply and attend Arts High School as a visual artist, not as a musician. “I walked to school,” Shorter told WBGO’s Nate Chinen in 2017, “and often found myself walking past the school, going around the corner to where the Adams Theater was, to go see a movie and a stage play. I would skip some classes, but not the whole day: I went into the school building when I knew it was time for a certain class.” After getting in trouble for his truancy, Shorter was assigned to attend a music theory class taught by Achilles D’Amico, who became an early inspiration for the budding musician.

After moving from the clarinet to the saxophone, Shorter began working professionally along with his brother Alan, a trumpeter, around the city. “We did crazy stuff,” he told Chinen. “We’d play these dances at the YMCA, and maybe 10 people would come, trying to dance to this kind of stuff. Alan would bring his horn in a shopping bag, an alto, and he’d play with his gloves on. We’d play a dance on Saturday night wearing galoshes when it wasn’t raining. We would say that’s what bebop was about.”

Shorter frequently attended not just movies and plays at the Adams Theater, but also performances by jazz, R&B, and pop artists. “I saw Jimmy Lunceford’s band, Duke Ellington Band, Count Basie,” he told Chinen. “Dizzy and Stan Kenton’s band together, on one bill. And I noticed that the theater was not crowded. There were people there, but it was only sold out when you had rhythm & blues and pop: Bull Moose Jackson, Larry Darnell, Ruth Brown.” Although he left Newark for college and later military service, followed by a long illustrious career in jazz, Shorter always spoke with fondness about his upbringing there. He told Chinen that Newark then “was a place that conjured up a lot of imagination.”

WBGO and New Jersey Performing Arts Center (NJPAC) are both located on Park Place in the Central Ward district of Newark. A section of Park Place was already renamed for another Newark native, Sarah Vaughan; thus two important local performing-arts organizations will soon sit at the intersection of Wayne Shorter Way and Sarah Vaughan Way. “Wayne Shorter is one of the most celebrated and decorated jazz artists in the world, but he had yet to receive tangible, visible recognition of his esteem in the place where it all began for him,” WBGO president and CEO Steven A. Williams said in a press release received at JazzTimes. “We felt it vitally important to deliver the bouquet while he can still smell the flowers.”

You can read Chinen’s excellent 2017 piece on Shorter and his life in Newark here.

An Indiegogo fundraising campaign was recently launched to support the production of Iphigenia, an opera with music by Wayne Shorter and a libretto by Esperanza … END_OF_DOCUMENT_TOKEN_TO_BE_REPLACED 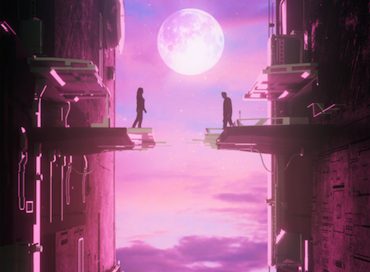 Yesterday (Aug. 25) was Wayne Shorter’s 87th birthday, and both he and we received a special present in the form of Palladium 2020, a 22-track … END_OF_DOCUMENT_TOKEN_TO_BE_REPLACED

Saxophonist Wayne Shorter, pianist Ahmad Jamal, and bassist Linda May Han Oh were among those honored this week by the Jazz Journalists Association with 2019 … END_OF_DOCUMENT_TOKEN_TO_BE_REPLACED