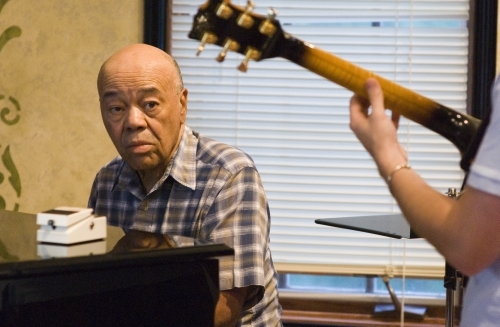 Melvin Rhyne, an organist best known for his work with guitar great Wes Montgomery, died March 5 in Indianapolis. Rhyne was 76. A cause of death was not revealed.

Born in Indianapolis in 1936, Rhyne began playing piano in his youth and at age 19 he played that instrument with tenor saxophonist Roland Kirk, whose own career was just getting under way. After switching to the Hammond B-3 organ, Rhyne gigged with blues artists such as B.B. King and T-Bone Walker.

Rhyne joined Montgomery in 1959 and played with the guitarist until 1964, appearing on four of Montgomery’s albums for the Riverside label. After leaving Montgomery, Rhyne moved to Madison, Wis., and then Milwaukee, where he continued to play but largely remained in obscurity.

He re-emerged in the early ’90s, recording with such artists as Herb Ellis and Brian Lynch, in addition to recording a series of albums as a leader for the Criss Cross label.