The Oberlin College Conservatory arrives in New York this week for two shows, one of which will feature the inaugural performance of an ensemble founded by famed tenor saxophonist Sonny Rollins, who in 2017 established a fund at Oberlin to keep a group going in his name.

The two-set show, celebrating the 30th anniversary of the conservatory’s jazz department, will take place on Jan. 16 at 7:30 p.m. at Dizzy’s Club Coca-Cola. Pianist Sullivan Fortner, an Oberlin alumnus, will join the band, dubbed the Sonny Ensemble. The group includes Benjamin Bock on piano, Birsa Chatterjee on saxophone, Caleb Smith and Michael Spearman on trombone, Eli Heath and Ari Smith on bass, Ben Oglesby-Davis on guitar, Jacob Swedlow on drums, Camille Vogley-Howes on violin, and Georgia Heers, who will sing.

After the show at Dizzy’s, the ensemble will perform a series of outreach concerts for several New York area schools and youth jazz programs.

The other Oberlin concert, which takes place on Jan. 19 at Carnegie Hall, will feature the college’s choir and orchestra, for the New York premiere of All These Lighted Things by composer Elizabeth Ogonek.

Read a recent JazzTimes feature on the career paths of recent jazz alums from Oberlin and other colleges. 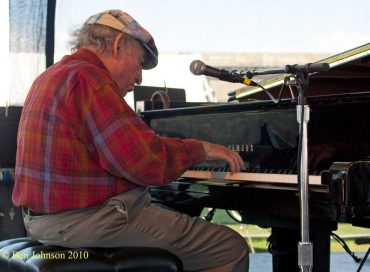