Singer/songwriter Norah Jones has announced a 20-city tour that opens June 20 in Troutdale, Ore., and ends August 4 in Forest Hills, N.Y. In addition, Jones will perform at the New Orleans Jazz & Heritage Festival on May 8. The singer Regina Spektor will open select shows with a solo set. For tickets and information, visit Jones’ website.

It’s been 20 years since Jones’ debut album, Come Away With Me, on Blue Note. Certified “Diamond” by the RIAA, that album has sold more than 27 million copies. Blue Note is reissuing the album in an expanded 4-LP/3-CD “Super Deluxe Edition” that includes the original recording, as well as 22 previously unreleased tracks including the original demos that she submitted to Blue Note, the first demos she made after being signed, and the original version of the album produced by Craig Street. (Arif Mardin ended up producing the final version of Come Away With Me.)

Jones’ most recent album, ‘Til We Meet Again, a live recording released in 2021, has been nominated for a Grammy in the Best Traditional Pop Vocal Album category, alongside albums by Ledisi, Dolly Parton, Willie Nelson, Tony Bennett & Lady Gaga, and Tori Kelly. The Grammy Awards ceremony will take place on April 3 at the MGM Grand Garden Arena in Las Vegas.

A few weeks ago, Jones made a special appearance at a fundraising event for Jazz House Kids, performing and talking with that organization’s artistic director, Christian McBride. It was the first time that the two had played together. Reviewed by JazzTimes’ Mac Randall, that performance (and conversation) is available for viewing March 20-26 to anyone donating $100 or more to the Jazz House’s education program. Learn more here.

*With a special solo performance by Regina Spektor

Blue Note Records and Universal Music Group Africa have announced the creation of Blue Note Africa, a new label that will focus on African jazz … END_OF_DOCUMENT_TOKEN_TO_BE_REPLACED

Want to merge fashion with your love of jazz? Blue Note Records has expanded its partnership with Japanese retailer UNIQLO to create a new set … END_OF_DOCUMENT_TOKEN_TO_BE_REPLACED

Today the Newport Jazz Festival announced the lineup for its 2022 edition, which will take place as usual on the grounds of Fort Adams State … END_OF_DOCUMENT_TOKEN_TO_BE_REPLACED 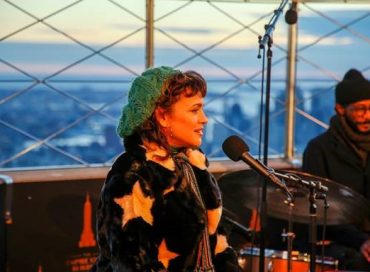