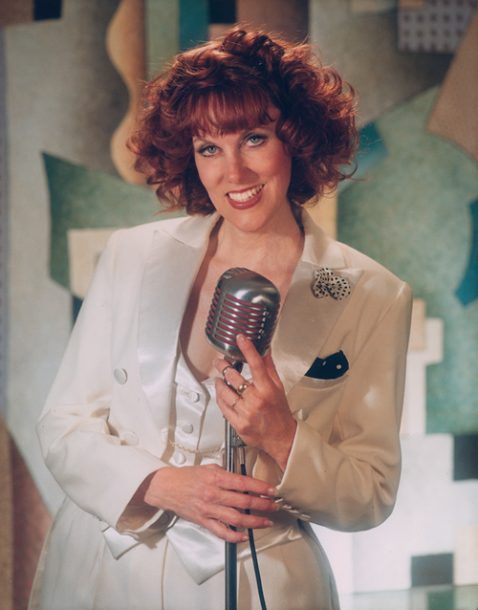 A new jazz camp has recently been created with a unique focus. The 1st Annual New Orleans Traditional Jazz Camp will take adults from all over the country and teach them how to play traditional jazz, New Orleans style, during a week-long session. The camp takes place August 1-6, 2010 and it dovetails with the Satchmo Summerfest. A few lucky campers will even get the opportunity to perform at the prestigious festival.

One of the camp’s co-founders, NOLA-based singer Banu Gibson, said that this camp came about because she knew of traditional jazz camps on the West Coast and always wondered why there wasn’t one in the city where jazz began. “I had just joined an organization called New Orleans Women in Music and I met two other ladies who had the same passion for this,” the good-natured Gibson explained. “So we decided to do something about it. And now look what we got ourselves into!” For the record, those two other inspired ladies are Nita Cooper and Leslie Cooper.

Unlike most summer camps geared to kids, the New Orleans Traditional Jazz Camp is open only to adults, aged 21 to 101. And, you don’t have to be a member of the Marsalis family or have skills commensurate with that status in order to participate. According to Gibson, “You do have to have rudimentary skills on your instrument, but we want people at all levels. Maybe somebody has played in a concert band, but has always wanted to try jazz.” The instruments they’re looking for are:

As Gibson told me, “Nothing that plugs in…and just think Armstrong Hot Seven!” Gibson added that they’ll have some of the instrumentalists do a little singing, but for the first year they’re staying away from vocalists, as much because she needs to keep the trains running on time, rather than teach singing. However, she’s excited about the faculty they’ve lined up to teach the instrumental campers. On board all week are New Orleans vets: Connie Jones (trumpet); Otis Bazoon (reeds); David Sager (trombone); David Boeddinghaus (piano); Dan Vappie (banjo/guitar); Kerry Lewis (bass/tuba); Bunchy Johnson (drums). Gibson said that there are plenty of women signing up and that people from as far away as Finland are planning to attend.

The camp happens the week before Satchmo Summerfest, which begins on Saturday, August 7, the day after the camp ends. One of the perks for the campers is the opportunity for a few of the campers to perform on that Saturday at a stage at the festival on Bourbon Street in the French Quarter.

The cost of the camp is just $1,100 (until March 15, when it goes up to $1,250), but that figure includes not only tuition, but also lodging at the Bourbon Orleans Hotel in the French Quarter and two meals a day. Gibson said that they have a very full schedule planned for the “campers” including teaching sessions in the morning and afternoon; in the evenings there will be jam sessions, plus trips to club shows. They’re also planning a special birthday party for Louis Armstrong on his real birthday-August 4-at the famed Preservation Hall. If that’s not a full enough schedule, they’ve even lined up speakers to talk about jazz during breakfast.

However, perhaps the greatest attraction is being immersed in the city itself, the acknowledged birthplace of jazz. “New Orleans has such magic,” Gibson explained. “People get to play the music where it all began. Jazz has always been a part of the landscape in New Orleans. Good vibes come up out of the street. Honestly, we don’t have to do too much to make sure people have a great time here.” We can believe that surely.

Until I brush up on my trumpet-playing that’s been dormant for 40 years or so, I’m spending early August either in Newport for the jazz festival or in North Carolina for surfing. But if you’ve got chops of any kind, you should consider this opportunity to learn to play jazz as it was first conceived in the very place it was conceived. It sure does sound like a great time in a great place with great people.

For more information about the camp, go to their web site.