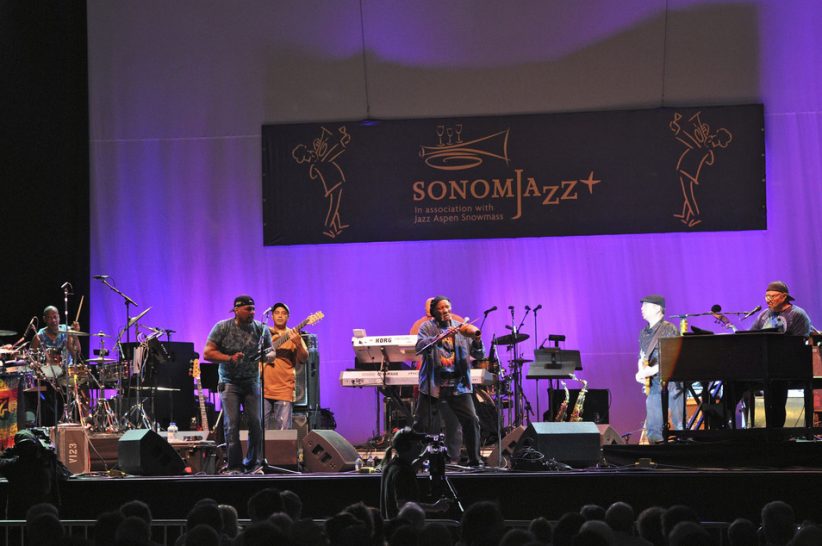 Nevilles Forever: A Celebration of the Neville Brothers and Their Music, a farewell concert by the venerable New Orleans institution, will take place May 2 at the Saenger Theatre in the group’s hometown. The Nevilles (Aaron, Art, Charles, Cyril) will be joined by such guests as Widespread Panic, Trombone Shorty, Galactic, Allen Toussaint, Irma Thomas, Terence Blanchard, Ivan Neville, John Boutté, Anders Osborne and Ian Neville. Additional performers will be announced in the coming weeks, according to an announcement by the group. Don Was will serve as music director.

Michael Murphy’s jazz-accented documentary Up from the Streets – New Orleans: The City of Music was supposed to be released the old-fashioned way this spring—in … END_OF_DOCUMENT_TOKEN_TO_BE_REPLACED

A tribute to Dr. John and appearances from the Legendary Count Basie Orchestra, Chick Corea, Buddy Guy, and many more are all slated for this … END_OF_DOCUMENT_TOKEN_TO_BE_REPLACED

It was in the 1990s that Louisiana state officials decided to cut funding for music education in New Orleans schools. Alarmed at the decision, Jackie … END_OF_DOCUMENT_TOKEN_TO_BE_REPLACED