Skip to content
Become a member and get exclusive access to articles, live sessions and more!
Start Your Free Trial
Home > Blog > Najee > Najee Takes Music and Message to Schools in Queens 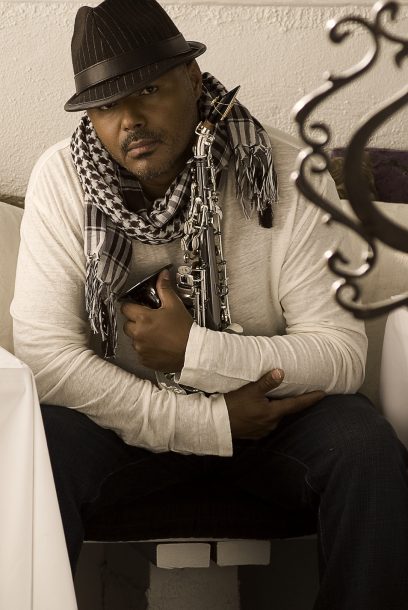 Next week, jazz saxophonist Najee returns to the neighborhood of his childhood as he makes a series of appearances at schools in the Queens area. Najee grew up in the Jamaica, Queens area, where he will be appearing at York College on Monday, November 16 in a special workshop and performance that is free to the public. Start time is 7 pm at the newly renovated Illinois Jacquet Performance Space. York College/CUNY is located at 9420 Guy R Brewer Blvd. in Jamaica, Queens.

For Najee, the chance to come back to his old neighborhood is a great feeling. “It’s like shaking hands with your past,” he told JT. Najee went to August Martin High School, which specialized in aviation (school motto: “Where dreams take flight”). In fact, he wanted to be a pilot, but inspired by great music teachers there, he chose a different path. And, at an impressionable age, Najee was deeply influenced by the noted Jazzmobile program, in which Jimmy Heath offered a master class in saxophone. “I was one of the kids who were fortunate enough to learn from someone like that, as well as from Frank Foster and Frank Wess,” Najee recalled. “You know, you don’t always realize how special something like that was until later. What a great opportunity I got.” Hello, jazz. Goodbye, aviation.

Najee clearly hopes to have that same sort of effect on kids with his appearances that are a combination of lecture, workshop and performance. “We usually start it with a question-and-answer session. The kids mostly want to know about my development in the industry. How do you make it? Then we get a few student musicians who have real technical questions. The discussion is pretty broad. Then I sit in with the faculty who can play. It will be nice.”

It would seem to this writer that your average kid in middle school or high school these days wouldn’t have a ton of interest in jazz or smooth jazz. But Najee confessed that he is unfazed by that. “First, they have some knowledge of my popular success. And there are always certain kids who are gifted and are excited by a workshop. And I feel that this is directing them in a positive way.”

For Najee, this is not some sort of theoretical.notion, as one Buffalo high school student recently learned. Najee took this student, a keyboardist, out on the road with him this past summer as his second keyboardist, and the kid not only got valuable road experience (and income!), but also got a credit on Najee’s CD. This fall the young man enrolled in Berklee. Score one for the outreach team.

Here is a complete list of Najee’s appearances in New York area:

10:30 am – Workshop/performance at Bayside High School in Bayside, Queens. As a special highlight, the school band will perform a song from Najee’s CD for him.

7:00 pm – Workshop/performance at York College in Jamaica, Queens. The event is free and open to the public.

Najee’s latest CD is Mind Over Matter on the Heads Up label.